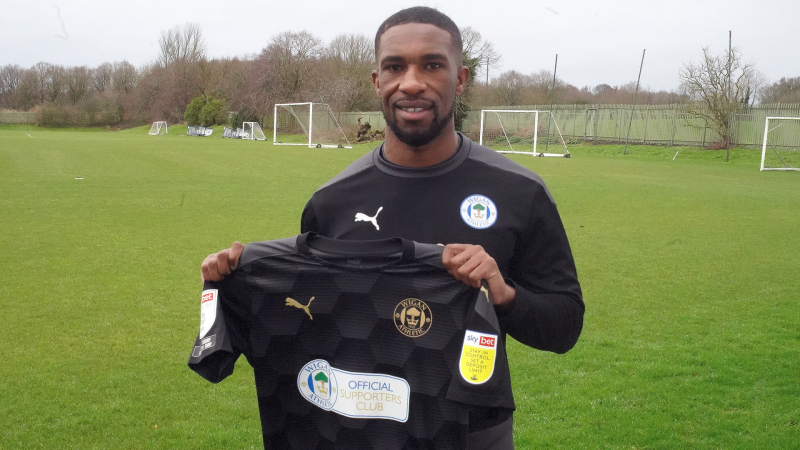 The Zimbabwe international played his first club game of football for nearly two years with his last Forest appearance coming for Nottingham Forrest in March, 2019 against Swansea before suffering a career threatening injury.

However, he showed no sign of rustiness as it finished 3-3 against Rochdale with Wigan Today naming Darikwa as their man of the match.

In his player ratings, reporter Paul Kendrick, who gave Darikwa a high rating of 8/10 wrote: “STAR MAN: Hard to believe it was his first club game for 18 months, up to speed immediately and looks to have plenty to offer.”

Darikwa himself took to Twitter after the game, saying: “18 months later… finally back out there disappointing result but we keep moving forward together.”

Darikwa made 63 appearances for Nottingham Forest before the current Reds boss Chris Houghton decided to send him on loan in a decision which was unpopular with the club’s fans.

He was largely steady and proved a popular figure with the club’s supporters and will be hoping to have a similar impact at Wigan who are facing a relegation battle to remain in the Championship.

Meanwhile, Darikwa was one of the few Zimbabwe internationals who had a good week with their clubs in Europe.

Warriors defender Teenage Hadebe put on a solid performance at left back for Turkish Super Lig side Yeni Malatyaspor in their 4-1 win over Rizespor while Spain-based goalkeeper Martin Mapisa kept a clean sheet in his second league appearance as Zamora defeated Coruxo in the Segunda B in Spain.

Former Warriors defender Costa Nhamoinesu was named man of the match in Kerala Blasters’ 1-1 draw with East Bengal in the Indian Super League.

Man of the moment Tino Kadewere had a bad week despite starting for Olympique Lyon after they lost 1-0 at home against Metz to lose their place at the top of the log in the French Ligue 1.

There was also no joy for Marshall Munetsi as he was introduced from the bench in Stade DE Reims’ 2-1 away loss against joint French Ligue 1 leaders Lille.