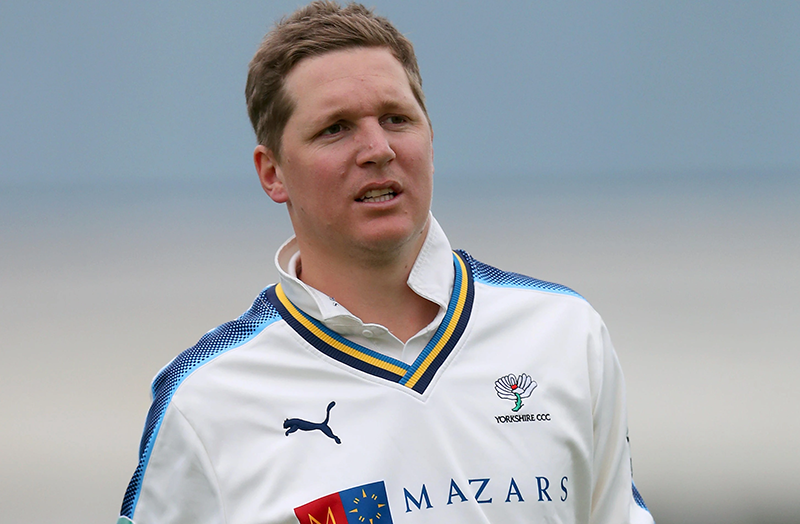 LONDON: Zimbabwe coach Dave Houghton has said he is ready to welcome Gary Ballance, who has been suspended from selection in the England squad for his involvement in the Azeem Rafiq racism case, to his country of birth.

Houghton said he “wouldn’t say no” if Ballance wants to play for his country of birth.

Harare-born Ballance represented Zimbabwe at the under-19 level but moved to England to complete his schooling and went on to don the Three Lions’ jersey in 23 Tests and 16 One-Day Internationals between 2014 and 2017.

Last year he was suspended from selection indefinitely by the England and Wales Cricket Board after being accused by former Yorkshire teammate Azeem Rafiq of racial abuse.

The requisite three years have passed since Ballance last wore England colours, so he could be eligible to pursue an international future with Zimbabwe. A long-standing family relationship with Houghton, whose wife is the cousin of Ballance’s father, may make the move even more inviting, said a media report.

Speaking ahead of his team’s second one-day international against Australia, Houghton said: “I’ve known Gary since he was a kid and I speak to him reasonably regularly.

“I don’t think Gary would be against coming back to play for Zimbabwe but he’s still got to sort out things in England. I think he’s probably got another eight to nine good years in him, so if he wants to come back we certainly won’t turn him away,” Houghton was quoted as saying by the media.

Ballance has two years left on his current Yorkshire contract but has only played three times for the second XI this term, having earlier missed out with ongoing mental health concerns. He is unlikely to be kept on as an overseas player, the report said.