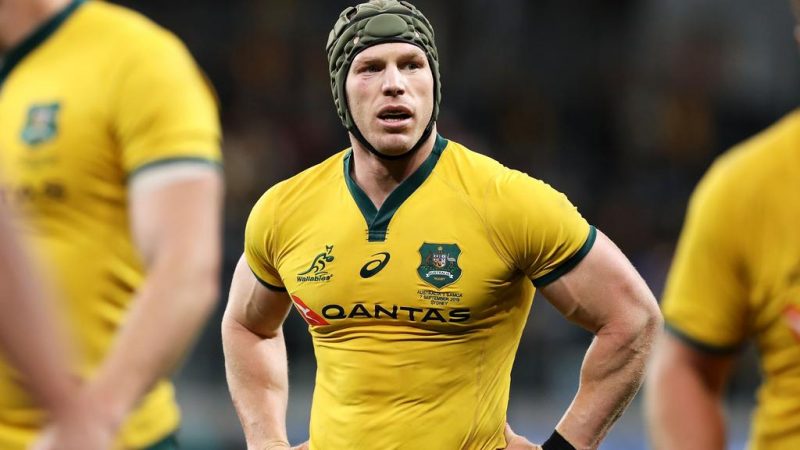 ZIMBABWE-BORN David Pocock, one of the finest rugby union players to represent Australia, has announced his retirement from the sport to pursue his interests in grassroots rugby and conservation in his country of birth.

The 32-year-old flanker was capped 83 times over an 11-year Wallabies career, opted against returning to his Japanese Top League club, the Panasonic Wild Knights, for another season.

Already well-known for his activism on social justice and environmental issues, Pocock will now dedicate his time to conservation.

He holds a bachelor of ecological agricultural systems degree and has almost completed his master of sustainable agriculture. Currently, he is overseeing a project in Zimbabwe that aims to regenerate degraded rangelands and increase biodiversity.

“I’ve been working on a project in Zimbabwe,” he said.

“It’s kind of regenerative agriculture meets community development and conservation. We’re starting to make some progress with that and hopefully head over there once things settle a bit and get stuck in.”

He’s passionate about bringing attention to climate change, and awareness of biodiversity and the rate of extinctions.

“I think regenerative agriculture offers some solutions to both of those, in terms of carbon sequestration and drawing down some of the emissions, creating healthier food, but then also creating habitat for wildlife.

“I find it really interesting and exciting and I’ve enjoyed learning more about it. It’s going to be good to have more time to dedicate to that.

“We’ve been doing a pretty rotten job of looking after the places that we live and I think that can change,” he said.

As for rugby, Pocock, who was born in Gweru said he’ll definitely stay connected with the game both in Australia and Zimbabwe, who he hopes to assist to qualify for the next World Cup.

“I’m an ambassador for a schoolboy rugby program in Western Australia where they’re looking to get a lot more schools playing rugby,” he said.

“Having had my first opportunity as a teenager in Perth I’m really keen to get behind that and hopefully give more kids that opportunity.”

“Then I’ve been talking to Zimbabwe rugby about ways that I can potentially give back there and they’re really keen to try and qualify for the next World Cup, so we’ll see what that looks like.”

His family (father, mother, and two younger brothers) moved to Brisbane to start a new life in 2002 after the family farm was ‘acquired’ during the chaotic land reform programme.

There he attended Anglican Church Grammar School and threw himself into the sport, representing the school in rugby, water polo, athletics, swimming, and cross country before focusing on rugby and water polo in his final two years of school, representing Queensland in both sports.

His rugby breakthrough came in 2005 when he toured with the Australian Schoolboys to the UK and on his return moved to Perth to join the Super Rugby franchise Western Force for their inaugural 2006 season on an apprentice contract.

Widely regarded as the greatest defensive openside flanker to play the game, Pocock won the John Eales medal in 2010, the same year he was shortlisted for the first of three-world player of the year award nominations, and again in 2018.

He was selected to go to his first World Cup in 2011 in New Zealand, where his rise to global prominence continued after delivering one of the all-time great individual performances in the Wallabies’ quarter-final win over South Africa.

Hook over the Wallabies captaincy a year later at the age of 23.

The rugby star is the co-founder of EightyTwenty Vision, an organisation that partners with a rural Zimbabwean community development organisation that works in Nkayi, Zimbabwe. The focus areas have been around maternal health and food and water security.