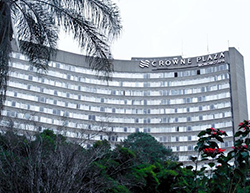 DAWN Properties Limited is engaged in talks to re-draw “troublesome” clauses in lease contracts with clients as well as pursue initiatives aimed at expected to reduce costs and improve profitability.
Chief executive Justin Dowa said current lease contracts incorporated some “troublesome clauses” which were causing gridlock in the management of the landlord/tenant relationship.
Previously a wholly-owned subsidiary of African Sun Limited, Dawn’s property portfolio is dominated by hotels and resorts run by the hotel and leisure group.
Dowa said the problem clauses in some of its leases were creating conditions where assets would not only continue to underperform but will gradually fall into a state of very serious disrepair.
“The contracts require to be re-drawn to capture global best practice especially as regards the commercial relationship with the tenant. Advice has been obtained from consultants who specialize in hospitality assets,” he said.
Dowa said negotiations with the tenant were at an advanced stage and would be concluded “shortly”.
“More details will be made available at the time of publishing the half-year results,” he said.
Meanwhile the company said to help reduce costs and boost profitability it would look at lease re-structuring as well as the development of land in Harare’s Marlborough area and restructuring of its consultancy business.
Regarding the development the Marlborough development, Dowa said an application to increase densities and achieve re-zoning by way of an amendment to the Local Area Plan had since gone through the public display stage.
“There were no objections but some modifications are required to capture the representations made by members of the public,” he said.
Subject to finalisation of the process to make the amended local area plan operative, which is expected in November 2013, the residential densities will increase to 1,457 plots of between 500sqm and 1 000 sqm.
In addition, 16 hectares of land with frontage to Harare drive will be re-zoned to office park with retail warehousing as a freely permitted use while other uses would be permitted with special consent.
“This provides a great opportunity to create a quality mixed use development. Land has also been set aside for the development of flats, pure retail and a couple of schools,” he said.Advertisement

Phase one of the development is likely to involve completion of civil works to release 239 plots. However, with the wet season approaching, the earliest possible start for the works is about April 2014.
The company said the revenue for the four months to July 2013 grew by the to US$1,8 million with rental income remaining flat.
Trading conditions, according to Dowa, remained difficult and business hotel occupancies were reasonable at between 50 percent – 60 percent.
“Operating expenses were about 1% behind 2012 and 20% below the budget. The cost to income ratio was similar to 2012 at 67 percent.
Group profit for the period was three percent behind 2012 but 95 percent ahead of the budget.