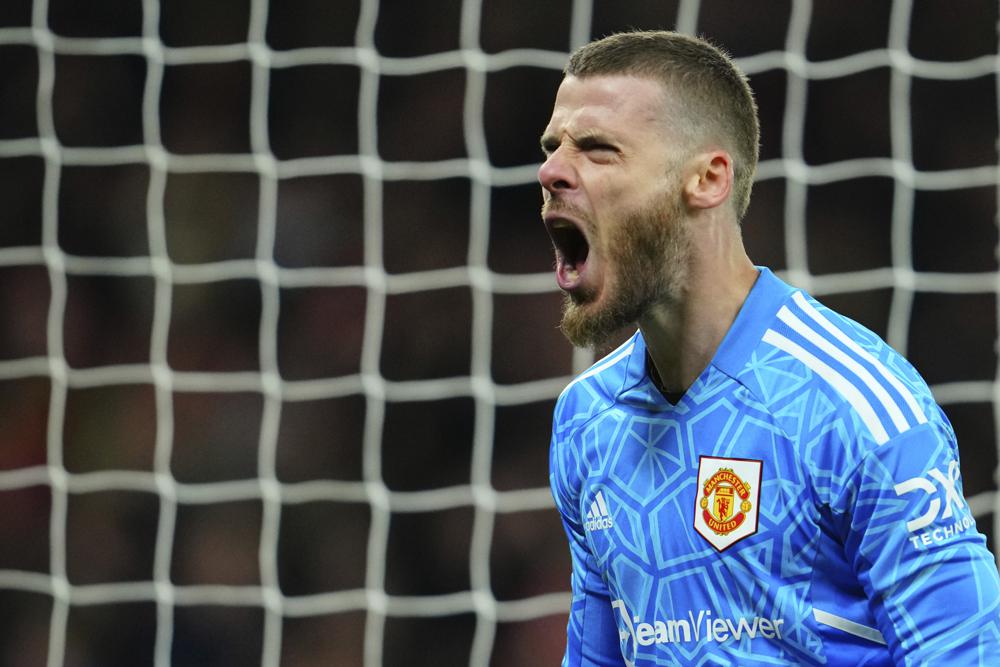 MANCHESTER: David de Gea may appear surplus to requirements for Spain but he remains pivotal to Erik ten Hag’s plans at Manchester United.

The goalkeeper was outstanding in United’s 1-0 win against West Ham at Old Trafford on Sunday, producing three spectacular saves to provide the perfect response to reports in Spain that he has been cut from his nation’s World Cup squad.

On a day when Marcus Rashford scored his 100th goal for United, it was De Gea who ensured the victory that moves Ten Hag’s team up to fifth in the Premier League.

“You don’t be Manchester United’s No. 1 for that length of time if you’re not a fantastic goalkeeper,” West Ham manager David Moyes said. “He made two brilliant saves today for them and probably saved them from that point of view but it’s disappointing for us that we didn’t score because we put them under enough pressure.”

They were the type of heroics United has become accustomed to over his 11 years at the club, with his shot-stopping capabilities never in question.

But there have been questions over his ability to play out from the back with his feet, which has increasingly become a requirement for modern ’keepers.

That has contributed to him losing his place in the Spain team, with reports claiming he will miss out on Qatar. It has also raised doubts about his long-term future at United, with Ten Hag known for his determination to have a ’keeper who can help build up play from defense.

But United’s manager is convinced De Gea can meet all of his demands.

“First thing for the goalkeeper is to protect the goal and make sure you don’t concede goals,” Ten Hag said. “In that fact he is magnificent. But with the feet he has capabilities as well.

“I am convinced he can do it. The games so far he proved it and he will improve in that part.”

De Gea is out of contract at the end of the season, but United has the option to extend that by a further 12 months.

“It is clear already, and I have already emphasized it several times, I am really happy with David,” Ten Hag said. “He is a great goalkeeper. He is only 31. He is fit. He can progress even more.

“He was already impressive for Man United and I think he will do that in the future as well.”

The England striker rose to meet Christian Eriksen’s cross from the right to power a header past Lukasz Fabianski.

United had chances to add to its lead early in the second half, with Cristiano Ronaldo failing with a header from inside the box and firing two more efforts wide of the target when in sight of goal.

That gave West Ham encouragement and Said Benrahma saw a low shot saved by De Gea, while Lisandro Martinez stole the ball away from Craig Dawson when the defender looked set to score.

De Gea was in action again to tip over Antonio’s 30-yard effort in the final 10 minutes and produced an even better save to palm away Zouma’s header.

Fred could have made it a much more comfortable finish to the game for United when heading against the post in the 86th.

That was before a final push from West Ham saw Jarrod Bowen’s injury time effort from close range blocked and then De Gea pulled off one final save to push away Rice’s long-range shot.