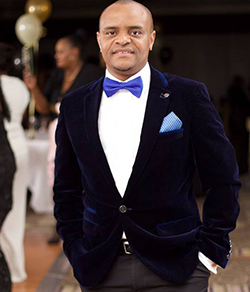 LONDON: The deadline for nominations for the sixth edition of the Zimbabwe Achievers Awards (ZAA) is fast approaching, with organisers encouraging the public to nominate across the board.
Nominations will close this coming Sunday, February 7, and organisers say there has been a positive response so far, with an increase in the number of people taking part in the process.
After the close of nominations, the ZAA’s panel of experts will examine the submissions to verify the candidates’ credibility and claims of achievement before narrowing the list down and announcing this year’s award hopefuls.
ZAA Executive Director, Brian Nyabunze, said: “The Zimbabwe Achievers Awards are always a major highlight of the year because they give us the chance to celebrate the incredible contribution that our fellow Zimbabweans are making in and out of the UK.”
“We are really looking forward to what 2016 has to offer and celebrating this year’s nominees.
“I’d urge everyone to get their nominations in and make sure those who work so hard get the recognition they deserve.”
Award nominations opened in the first week of December last year across all 18 categories, making it the first time in five years that nominations opened a month early.
The public still have time to put forward those individuals and organisations they feel have been outstanding throughout the course of the past year.
An exciting addition to the honours list last year was the Author of the Year Award, which combined the previous Academic Award with recognition for literary talent.
This year’s ceremony will be held on Saturday, 7 May, 2016 and organisers have chosen to stick with the luxurious five-star Royal Garden Hotel in Kensington.
The hotel boasts views of the capital’s rooftops and iconic architecture, and overlooks the magnificent Kensington Gardens. Kensington Palace is also close-by and is the current residence of William & Kate, the Duke and Duchess of Cambridge.

Tickets are available at a discount of £65.95 and are being sold exclusively on zimachievers.com.
Organisers are maintaining the ticketing system introduced in 2014 that allows prospective guests to choose their seats upon purchasing their tickets.
The ZAA annual celebration dinner has become a prominent and exclusive social event and the premium platform for recognising the hard work and achievements of people of Zimbabwean heritage in the UK.Advertisement

Last year’s winners included Grammy award winning producer Brian Soko, who was named International Music Artist of the Year.
The Chairman’s award gave special recognition to UK-based church and community organisations that have made significant contributions to the Zimbabwean community.