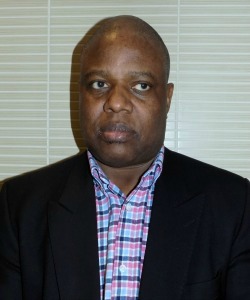 IN this world nothing can be said to be certain, except death and taxes. Each one of us has, at some time, had to grapple with the challenges resulting from the death of a loved one. No matter how many times we have gone through these traumatic experiences, each time the experience appears and feels like new and, often times, even more intense.
Being in the diaspora, the issues about how to finance the burial or repatriation of a loved one are normally characterised by financial challenges and contestations amongst those left behind.
Having lived in the diaspora for the past sixteen years, it has become quite common to receive WhatsApp, text or Facebook messages asking for financial assistance to repatriate a fellow Zimbabwean. Some of these departed Zimbabweans would not have built strong enough relationships which would, in such instances, donate funds to build a benevolent fund to finance the funeral. For those who would have belonged to church congregations or other community groups, one way or another, after repeated calls, their remains have finally been freighted to Zimbabwe. The delay in raising funds has often times caused so much anxieties to relatives at home and by the time the burial is conducted that feeling of loss is likely to have changed to relief that, at least, the waiting is over.
Stories to explain the failure to finance repatriation of deceased ones have always been accompanied by lies and at times, malicious lies about the deceased’s past life. Failure to be organised, over working and not saving for a rainy day, reckless living, overindulging in First World glamour are but a few explanations often advanced both within the diaspora community and those at home.
Church groups or in the case of former Zimbabwe national railways employees, have formed burial societies to respond to these challenges. Founding members of burial societies, normally become the fund administrators. They tend to work relatively well as long as those founding members are still alive and active in the administration of the societies.
However, it appears like once leadership changes the original modus operandi changes. After years of consistent contributions, the societies’ funds would normally have grown to quite attractive sums so much that some temptations to invest as way to grow the fund develop and eventually hold sway.Advertisement

Unfortunately, investments by their nature can be affected by unforeseen turbulent economic activities ending up with loss of invested capital. Such loses are known to reduce group cohesion and blame appropriation erodes all the trust, leading to dissolution of the group. Available funds get share amongst the surviving members who then spend the money on other more immediate needs conveniently forgetting what the money had been saved for in the first place.
Whilst all this financing drama is going on another parallel scene will, at times, be also playing out. This drama will be around the disbursement of the contents of the deceased’s estate. This can take different shapes. Contestations are quite normal where a husband dies leaving behind a wife and children. The deceased husband`s family might attempt to wrestle a bigger chunk of the estate without any regard to the surviving family who, in most cases will have lost their main bread winner. However, it appears though, in the diaspora, most women are the main bread winners. Where the wife dies, there is normally very little contestation about the estate. The surviving husband can always have the stamina to challenge any moves by the in-laws to the estate.
Another phenomenon is where a man and woman would have been living as unmarried partners and yet for all intents and purposes lived like husband and wife building a joint estate. Death in such situations always leads to fights as the deceased`s family tries to gain control of their fair share in the joint estate.
With all these scenarios, one wonders whether it is not about time we, the diasporans, become more organised and plan our estates better. There are funeral plans available to finance repatriation and meet other incidental expenses like shipping the deceased`s property back home , buy tickets for family members to accompany the body back home, feed mourners both in the diaspora and in Zimbabwe and finance any other administrative expenses resulting from the death. At times, financial strains and controversies lead to situations where the deceased end up being literally thrown into a pit as opposed to being given a decent burial.
Diasporans are renowned for working so hard. Is it not only fair that we insure ourselves against untimely death and make the aftermath of our death more peaceful by writing comprehensive Wills? Let us not leave our lives to chance. We deserve a better send off and the assurance that our accumulated wealth is inherited by our deserving loved ones.  Let us move away from the “mudengu mudengu, izandla” practice and be more organised. “Gofundme” appears fine when used by relatives scattered around the world to mobilise funds but I do not think it is a dignified when strangers are called to raise burial funds for someone they do not know.
Paul Mkondo, the late Zimbabwean Insurance Legend, has always been my inspiration in insurance planning.

Jeff Sango is a CitizensUK trained Community Organiser, former Insurance Executive Agent in Zim and now and Accredited Insurance Adviser for the DiasporaFuneralCashPlan.com which is underwritten by Zimnat Life. He can be contacted at sangojeff@gmail.com or whatsapp 00447450885879