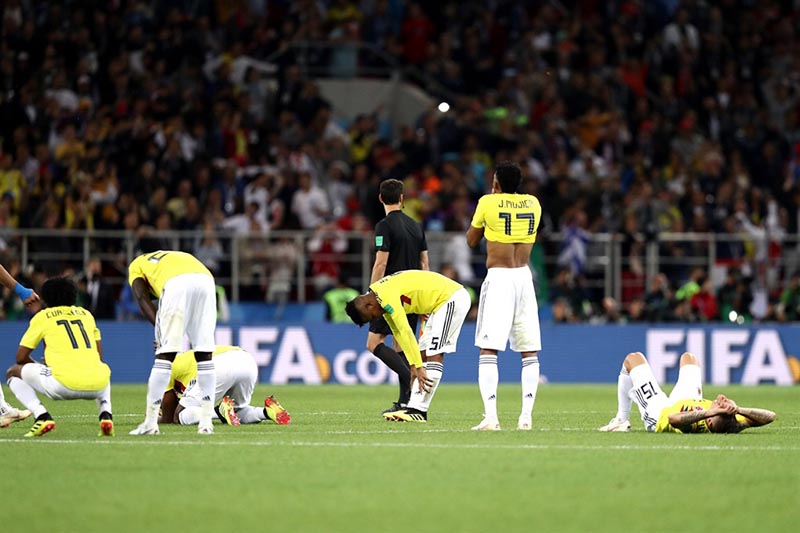 THE brother of a Colombian soccer player shot six times on the streets of Bogota in 1994 fears for the lives of the country’s 2018 World Cup stars.

The Colombian national soccer team was dumped out of the competition on Tuesday after England held its nerve in the penalty shootout.

Colombia now returns home — and one man fears for their lives. That man is Sachi Escobar, the brother of 1994 World Cup player Andrés Escobar.

Escobar was the Colombia defender who scored an own goal in a World Cup group match against the United States — a mishap that eventually helped usher the country out of the tournament.

Escobar was murdered on July 1, 1994. He was shot six times, reportedly in retaliation for the own goal he had scored 10 days earlier.

Speaking before Colombia’s failure on Tuesday, Sachi Escobar expressed concern for the family of Carlos Sanchez, the midfielder who conceded two penalties in the build-up to the team’s final match against England, last night. Sanchez has received threats via social media.

“As a brother who has gone through this, I know what must be going through their heads, and I wouldn’t want anyone to go through that,” he said to Colombian media, via Joe. “Carlos must be feeling both sad for the mistake he made, and very afraid, and his family too.

“My brother never received any threats, they just shot him dead in the most cowardly way.”

Colombian pair Mateus Uribe and Carlos Bacca both missed penalties in the national team’s failed shootout against England, and both were targeted with hateful messages according to Mail Online.

The concerning messages ranged from warnings not to return to Colombia, to calling for their death. Colombia’s loss and the consequent death threats arrived on the 24th anniversary of Escobar’s death.

“The fact that people are still allowed to say these things on social network sites, even threaten him with death, making players and their families fear for their lives, shows me that nothing good came out of Andres’ death, nothing was learned,” Sachi Escobar said.

“These people are just low-life who are not real Colombian football fans, who should be arrested and thrown into jail. But despite what happened to Andres there are still no laws in the country to stop them.”