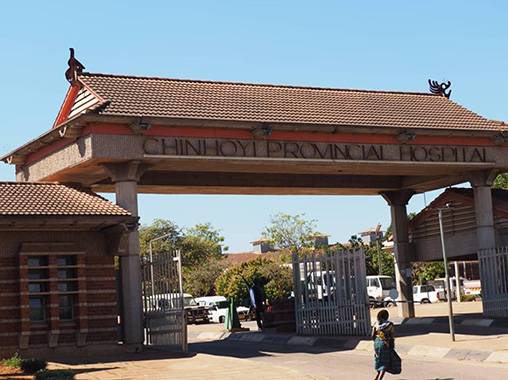 AS THE danger posed by Covid-19 lurks in Makonde district which has been put under a renewed strict lockdown, Chinhoyi residents have heightened vigilance against the lethal disease.

This follows news of the sad passing on due to coronavirus of prominent businessman Jimmy Mxegi Friday.

A snap survey conducted by NewZimbabwe.com Friday, the first day of the revised lockdown, revealed that most shoppers, informal traders, business operators and Zimbabwe United Passenger Company (ZUPCO) franchise public transporters were observing the World Health Organisation (WHO) guidelines that include masking up, hand sanitising and social distancing.

The few ZUPCO kombis plying the route from town to Chikonohono, the most populous suburb, precautionary disinfection of the vehicles was done.

Commuters observed physical distancing as they queued for the kombis which were evidently overwhelmed, forcing some commuters to board illegal taxis.

Although overloaded, the pirate taxi operators argued they were providing an essential service of ferrying members of the public considering the failure by ZUPCO to serve commuters.

Commonly known as ‘mushikashika’, the illegal taxi operators insist they were observing Covid-19 prevention guidelines and were not permitting anyone without a face mask to board their cars.

“We are serving the public because ZUPCO has failed to provide adequate buses. There has been pressure since shops closed at 3 pm, people are stranded and need to go home before the 6 pm curfew. Government has to recognise we are helping the situation and our fares remain at $50 bond,” said Herbert Makoni, a tout.

Large retail shops such as TM, OK as well as other shop owners closed their premises at 3 pm, and the Chinhoyi central business district (CBD) was deserted by the 6 pm curfew.

“We are closed for business not just in compliance with the new lockdown, but Covid-19 is here, and its claiming people close to us, people we know. It is scary. My staff is being transported home to save them the risk in public transport vehicles,” said Emily Furusa, who operates a popular hardware store.

There were, however, pockets of non-compliance at shopping centres such as Pfungwadzakanaka and Christos in Chikonohono suburb, where residents without face masks were observed loitering while imbibers were gathered drinking beer sold from vehicle and nearby shebeens.

Makonde district, which encompasses Chinhoyi, has been placed under a localised Covid-19 lockdown, becoming the third district in Mashonaland West province after Hurungwe and Kariba.

President Emmerson Mnangagwa Thursday announced the further tightening of restrictions in the three districts as part of containment efforts to slow down the deadly respiratory ailment.

This comes after a sharp increase in new infections in the province particularly in Karoi and Kariba, where increased deaths have been reported in the last week.

The measures include sharply reduced business hours, a 12-hour curfew as well as prohibition of entry and exit in the said districts, save for essential services.

Contact tracing has since been heightened with all contacts being quarantined while positive cases will be isolated.

In a statement, Mnangagwa said the rising cases in Kariba could be attributed to a spike in cases in neighbouring Zambia.