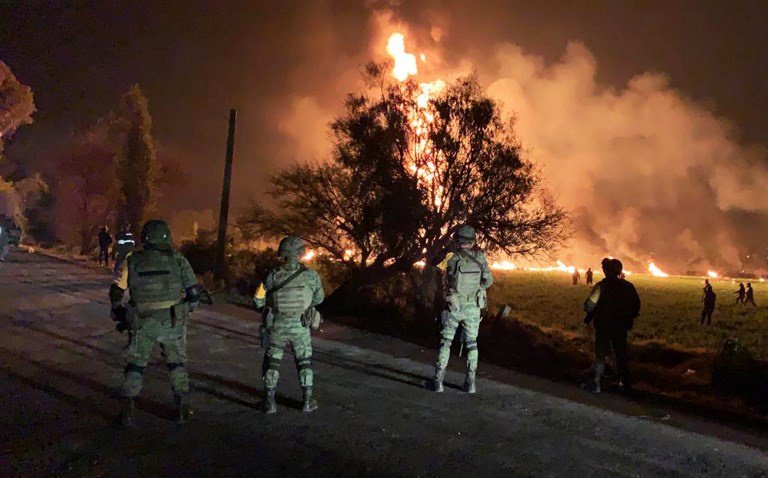 Mexican officials say the death toll from a fire at an illegally tapped pipeline more than a week ago has risen to 115.

Health Secretary Jorge Alcocer said on Monday that there are still 32 injured.

On January 18, residents of the town of Tlahuelilpan in the central state of Hidalgo gathered to collect gasoline from a leaking tap in a farm field.

A geyser of gasoline rose high into the air and eventually ignited.

The government of President Andres Manuel Lopez Obrador has made taking on the fuel thieves a top priority.

The armed forces have been deployed to protect pipelines of the state-controlled oil company Pemex.