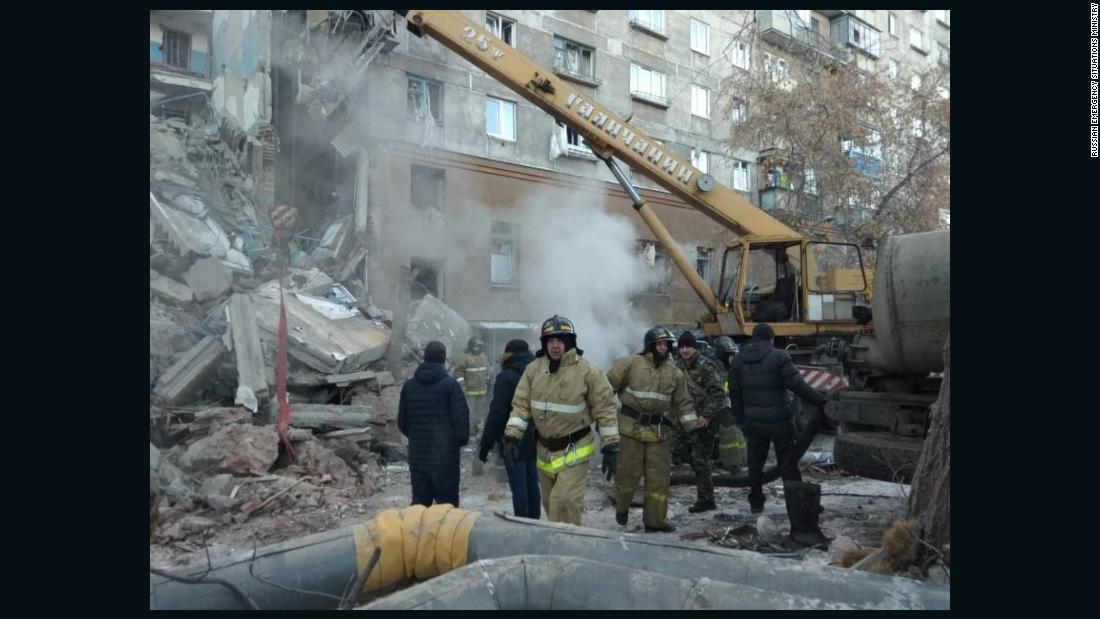 The number of confirmed dead from a New Year’s Eve gas explosion that caused a Russian apartment block to partially collapse has risen to 37, officials said on Thursday, with four people still missing.

Six children were among the dead, the emergency situations ministry said in a statement, while six people had been rescued from the rubble of the building in the Ural mountains city of Magnitogorsk.

The explosion tore through the 10-storey building in the industrial city nearly 1 700km east of Moscow in the early hours of Monday.

Officials had given a toll of 28 dead as of late on Wednesday.

Rescuers have been braving freezing temperatures to search through mangled concrete and metal but no survivors have been found since Tuesday, when a baby boy was pulled from the rubble.

The Soviet-era apartment block was home to about 1 100 people and the explosion left dozens homeless over the New Year – the biggest holiday of the year in Russia.