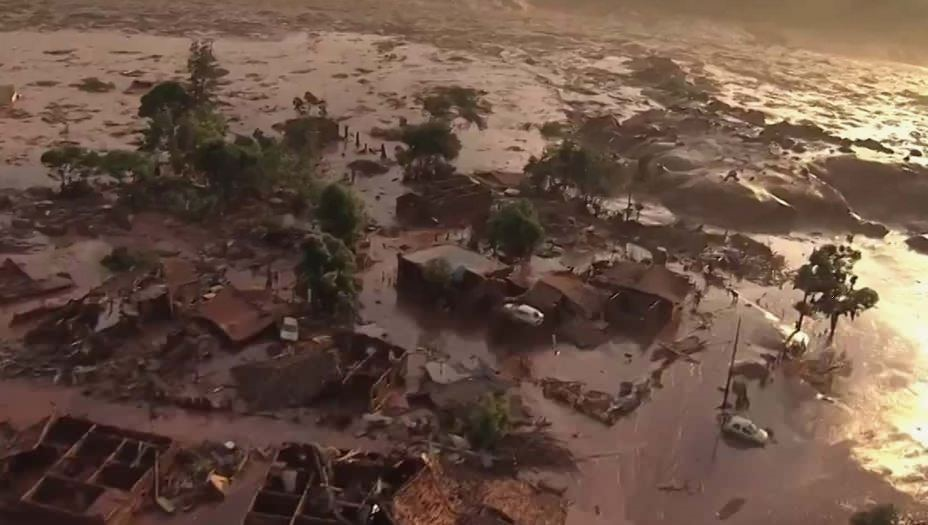 Firefighters are carefully moving over treacherous mud, sometimes walking, sometimes crawling, in search of survivors or bodies left by a dam collapse that buried mine buildings and surrounding neighborhoods with iron ore waste.

The confirmed death toll rose to 58, with up to 300 people still missing, authorities said. In an ominous sign, nobody was recovered alive on Sunday, a stark difference from the first two days of the disaster, when helicopters were whisking people from the mud.

The slow speed of search efforts was due to the treacherous sea of reddish-brown mud that surged out when the mine dam breached on Friday afternoon. It is up to eight meters deep in some places, and to avoid the danger of sinking and drowning, searchers had to carefully walk around the edges or slowly crawl out onto the muck.

Even those efforts were suspended about 10 hours on Sunday because of fears that a second mine dam in the southeastern city of Brumadinho was at risk of failing. An estimated 24 000 people were told to get to higher ground, but by afternoon civil engineers said the second dam was no longer at risk.

Areas of water-soaked mud appeared to be drying out, which could help firefighters get to areas previously unreachable. Still, it was slow going for the search teams, and residents were on edge.

“Get out searching!” a woman yelled at firefighters near a refuge set up in the center of Brumadinho. “They could be out there in the bush.”

Brazilian searchers got reinforcements late on Sunday, when more than 100 Israeli soldiers and other personnel arrived with plans to join recovery efforts.

Throughout the weekend, there was mounting anger at the giant Vale mining company, which operated the mine, and questions arose about an apparent lack of an alarm system on Friday.

Caroline Steifeld said she heard warning sirens on Sunday, but there was no alert when the dam collapsed on Friday.

“I only heard shouting, people saying to get out. I had to run with my family to get to higher ground, but there was no siren,” she said, adding that a cousin was still unaccounted for.