As l heard about Robert Mugabe’s death, l felt nothing. Nothing at all. No pain. No sadness. No anger. Nothing. I could not explain this feeling until l figured out, it was because he deserves nothing. Feeling an emotion, any emotion would be giving him too much credit.

The common thread about us Zimbabweans in the diaspora is that we all don’t want to be here. No matter how rewarding the job – it is not home. No matter how brilliant our work is, we are not doing it for our people – in our heart of hearts we would rather be home, transforming the lives of many there.

The excellent crop of Zimbabwean academics at the International Studies Group, headed by Prof Ian Phimister, where l am thankful to be a PhD Candidate, would all rather be at the University of Zimbabwe, imparting skill and knowledge in the young minds of the students there.

So yes, l feel, nothing for the narcissist who could have done so much but was too consumed by the accumulation of power. I have heard people say his obsession was wealth, but no his obsession was power. He wanted the freedom to do what he wanted when he wanted to whom he wanted.

He stood true to this right from the beginning. So, the reason l am writing this emotional sob story, is not because of the dictator, his story is told. How his legacy can even be s subject of debate boggles my mind.

His story is seen in the lives of many of our people who are killed during xenophobic attacks.

In our people who are working all kinds of weird jobs in the UK and other places.

His story is told by the hundreds and thousands of deaths since we gained the so-called independence. By the torture our people have had to endure. By the unjust laws that we are subjected to. The gross human rights violations.

His story is told. I will not tell it. And yes, l feel nothing for the despot. I hope he is in the torture chambers of hell. No human being must commit the crimes he committed and not face justice for it.

So, no this is not for him.

This is for the people of Zimbabwe.

This week we had the tragedy of witnessing the biggest opposition party in the country rejecting us.

This is where my anger began.

The opposition leaders are telling us the despot was a good man. The charlatan was a hero. They are telling us, all they had with the man that they once said stole elections, are ‘differences’? A whole party of 20 years, one that l believed in for the longest time of my adulthood, was rightfully built on overthrowing this man. Today they insult the graves of the many who died since the formation of the party in 1999.

The scars and emotional trauma of my friends in the opposition movement will never heal. Tatenda Mombeyarara is still limping. Obert Masaraura knows no peace. George Makoni and the Maldives 7, Pride Mkono, Promise Mkhwananzi and many others are still going to court on tramped up charges, but the author and perfecter of this system is a good man?

We are on our own.

We must change our mindset. The whole idea that only a clique can give us freedom, must die.

If we want to be free, we must understand that being patriotic has nothing to do with ZANU PF and that being a democrat has nothing to do with the MDC. The struggle for the liberation of Zimbabwe that has taken different turns since independence, is a value system that should not be personalised by anyone. If we allow the value system to belong to a single human being, or group of people, we will never know freedom.

Democracy. Sacredness of life. Respect for human rights and protection from inhumane and degrading treatment. Transparency. Zero tolerance to corruption, nepotism and patronage. Equality before the law. Equal opportunities for all. Independent institutions. This is what we should be true to, not people.

Today more than ever, l realise Real Freedom is Not Given!!!! 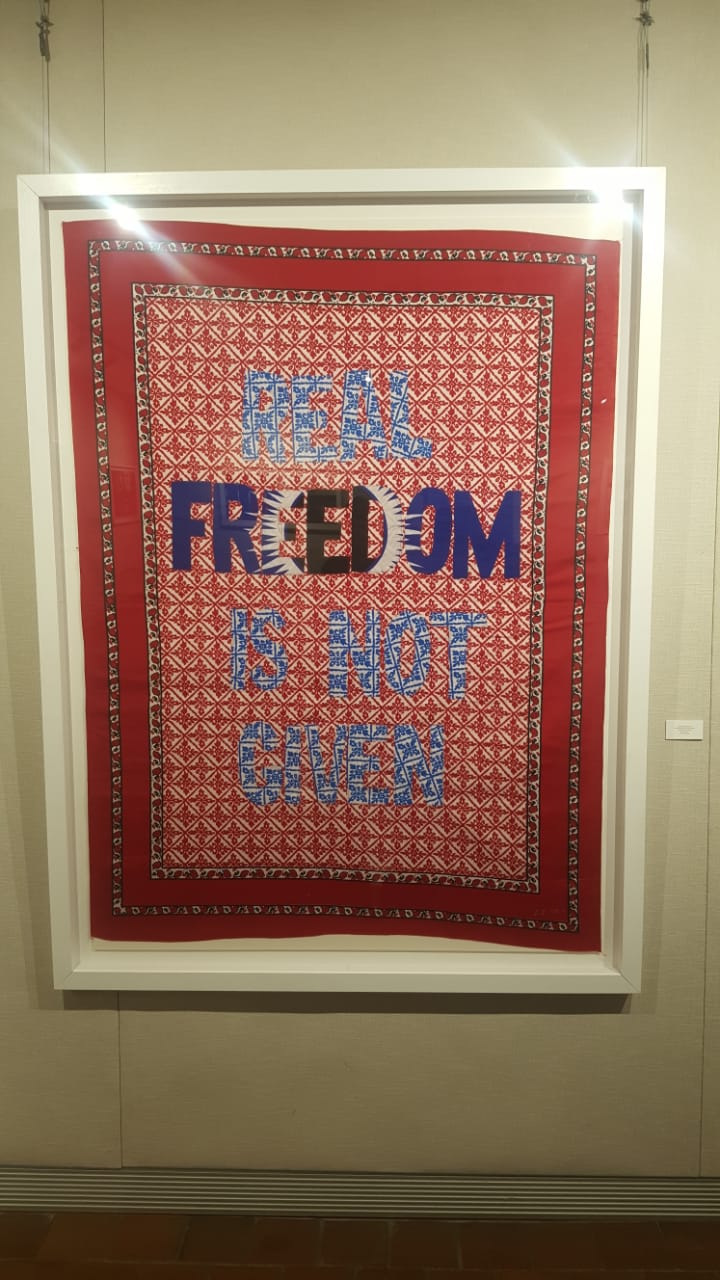 Geraldine Sibanda is a PhD Candidate at the International Studies Group, University of the Free State, Bloemfontein, S.A. Opinions shared in this article are her personal opinions and not those of ISG or the UFS. She can be contacted on email: geraldine.siband@gmail.com