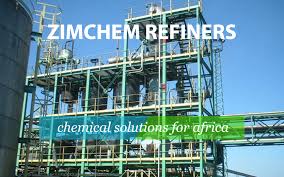 CHEMICAL producing firm Zimchem Refiners is battling serious operational challenges after its raw material suppliers are demanding that the Redcliff based company service its $ 1,1 million debt.

It has also been gathered that the supplier Hwange Gasification Coal Company (HGCC) is prioritising the regional market where they are generating liquidity.

HGCC is supposed to be supplying Zimchem with crude tar.

The company’s board chairman who is acting also CEO, George Chigora confirmed that the company was not getting consistent raw material supplies.

“It’s true that we are not getting consistent supply of crude tar due to the fact that the company owes suppliers. Another reason is that our raw material suppliers are preferring to export tar to South Africa before beneficiation,” he said.

Sources told this publication that all was not well with the chemical firm as there is currently no production due to raw material shortages.

“Our Chinese suppliers are prioritising the regional markets at the expense of the local ones. They are exporting crude tar to South Africa whilst they are starving local companies of the raw materials. This has consequently affected us as production is currently down at the company,” a source said.

Workers admitted that they have outstanding orders.

“We have outstanding orders from our clients we are failing to fulfill because we don’t have raw materials,” sources said.

ZimChem was commissioned by Government in 1994 and processes crude benzol and tar into a range of chemical products.

Zimchem woes began in 2008 following the closure of Ziscosteel, which used to supply the firm with coal tar.