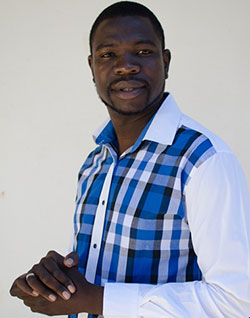 ZIMBABWE has been hit by a storm of alleged prophets or men of god who have been fighting for the prophetic turf in trying to pull crowds and out-manoeuvre each other in the hope of being crowned “Leader of the biggest church” or gathering in the country.
The urge to be called the biggest prophet in Zimbabwe, the region or even Africa has pushed some of these so-called prophets to use unorthodox methods and make ludicrous claims about their capabilities to heal and the number of crowds that they are allegedly pulling to each and every gathering.
It is because of the obsession with huge gatherings that I wish to DEBUNK the myth behind the numbers that are allegedly being pulled by one Walter Magaya of PHD Ministries in Harare’s Waterfalls suburb.
Walter Magaya is being claimed by most newspapers in Zimbabwe to be attracting crowds of up to 200,000 in a single gathering during his weekly services and, curiously, 600,000 for the recently held Night Of TurnAround 4.
I must hasten to state that all these publications are doing so without even a shred of evidence as to the source of their figures; even Magaya himself is reported to have said “We were expecting 1 million people but in the end we are happy that over 600,000 managed to attend on the night”.
No publication has ever challenged him on the source of his claimed figures, giving credence to the allegation that Magaya actually pays these publications to report his claims as is, without any probing questions.
I have therefore taken it upon myself to clear the air and give the masses of Zimbabwe the figures as they are and let you decide whether or not to believe what you hear from Magaya and PHD Ministries.
Checking online to find out how many people could safely stand or sit in any particular venue, I came across an article on http://www.ehow.com/how_8066810_figure-out-capacity-events.html which gave me the figures I was looking for. The article recommends that for standing capacity a person should occupy 10sq ft (0.929sq m) and for a sitting audience each person should occupy 13.5sq ft (1.254sq m).
The article also calculates what is called the unusable space, in Magaya’s case this would be the podium or platform, the rows in-between the chairs, the toilet areas and the healing space or” acting area”, but for purposes of making it easy to work out estimate attendance figures, I will ignore all these and pretend that every space will be covered with chairs for people to sit. I also went on Google maps to find out just how big Magaya’s PHD complex is, I found out that if I was to be generous and give PHD extra land up to the banks of Mkuvisi River, to cater for what they call the overflow we could only come to a total of 27 805sq m (299 291sq ft).Advertisement

See the picture below:-

The white line indicates the boundaries I have generously given to PHD Ministries. Ehow.com clearly states that 76 people sitting safely occupy 92.9sq m which means if Magaya was going to cater for over 600,000 people he would need up to 800 000sq m, that’s up to 25 times the size of his current place.
A quick calculation using the figures above would show that a maximum of 30,000 standing or 22,000 sitting people would unsafely squeeze into the complex with no space to walk; a far cry from the over 100,000 touted figure of attendees on a single ordinary Sunday.
However, one Magaya loyalist in a forum, commented that the over 600,000 crowd spilled over the Mkuvisi River up to Mangwende Drive and that they had hired chairs from as far as South Africa to cater for what they called the biggest ever church gathering in Zimbabwe.
So, I then went back on Google Maps to try and cater for this new claim as to how far the crowd stretched and came out with the scale map below.

Giving PHD Ministries the land up to Mangwende Drive gave us a total of 275,155sq m or 10 times the original size of their complex. And again a quick calculation, assuming that people were sitting on the banks of, and in the smelly river, would still give us 296,000 standing or 220,000 in chairs.
As can be seen from the above calculations, it is simply clear it would not be easy for over 200,000 people to safely sit for any of Magaya’s gathering and be able to move freely. I must hasten to say that if 600,000 people were to fit in the above piece of land each person would occupy an area the size of a 2litre bottle of Coke.
I stated earlier that these figures do not cater for unusable space and if we were to factor those spaces in, then the figures attending PHD at any given time would be greatly reduced.

I assume that the picture above is the normal sitting order at PHD which would greatly reduce their claimed figures.
The National Sports Stadium’s sitting area (roughly 36,000sq m), is way bigger than Magaya’s PHD and if we were to fill it to capacity including the turf area, we would hardly get beyond 100,000 people.
Considering the transport system and state of roads in Harare, it would not be feasible, or logistically possible, to transport over half million people to a single venue in a single day. There is simply no such capacity in Harare or anywhere in Africa; in fact even London, New York or even Tokyo would struggle to move so many people to a single venue. And to imagine that this task was carried out by our loyal COMBIs in Harare is incredible.
Assuming that 500 combis (which was not the case) were dedicated to ferrying people to PHD from the city centre, with each overloading with 20 people per trip and also assuming 400,000 people used the combis; each combi would need to do 40 trips to, and all attempting to make a U-Turn in front of PHD along Simon Mazorodze. Can you imagine the chaos of 500 combis on a single route in Harare?
What is more incredible and unbelievable is that our local media has peddled these imaginary figures from PHD Ministries without so much as a blink of the eye. They have cushioned this lie for so long such that Magaya has come to believe in his own lies as well and even crowned himself the most influential person under the age of 40.
Why is Magaya so obsessed with huge figures of people attending his church you would ask? Well the guy things that being surrounded by multitudes of people is a sign that he is doing great works of god and that it is testament that he is the best at what he does. But the crown in the jewel for bumper crowds is in the resultant offerings thereof, the cash to be got is the driving force behind the push for more people every time.
It is all psychological in the sense that when one hears that half a million people will be gathered to receive their blessing, one would feel left behind and is likely to just tag along in the hope of getting anointing. Once you are there, you are likely to spend your money on something, DVD, bracelet, booklet, an offering and tithe or planting your imaginary seed, whatever it is, spend you will.
So in conclusion, without delving too much into Magaya’s antics and reasons behind his love for big numbers, it is not logistically and practically possible to safely and comfortably allow more than 30 000 people into the PHD complex and beyond in a single sitting, let alone 600 000. To do so would be the 8th wonder of this world, and I hope I have finally put to rest any ludicrous and outrageous claims by Magaya and his hangers-on, that they are using God’s power to pull never seen crowds in Africa and the world over.
BONZO reSVOSVE can be reached at chapozohan@gmail.com.