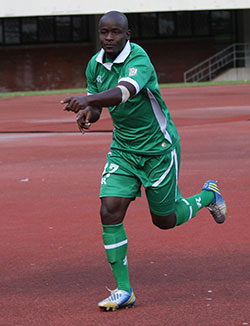 CAPS United could play Sunday’s Harare derby against Dynamos with a severely depleted squad as key players could miss out due to injury.
Captain and right-back Tapiwa Khumbuyani as well as centre-back David Chipala are in a fitness race after getting knocks in last weekend’s NetOne One Wallet derby clash with their city rivals.
Compounding their woes at the back is the suspension of Chipala’s defensive partner Steven Makatuka who cannot play after accumulating three yellow cards.
This has guaranteed Malawi international George Nyirenda to be handed a starting place at centre back by coach, Taurai Mangwiro.
“This is a derby match where you would want all your players around. It is a big game and I hope we will just play our normal football like despite missing other players,” Mangwiro said.
“We just have to make do with the guys that are available.
“I believe with the pool of players we have, others would be capable of doing a good job if given a chance and they know it would be an opportunity for them to shine.”
However they are boosted by the return of forward Dominic Chungwa who sat out last week’s clash due to injury.
Caps are still in discussions with Black Mambas for in the hope of agreeing on Honey Chimutimunzeve and Nicholas Alifandika who are currently training with them.