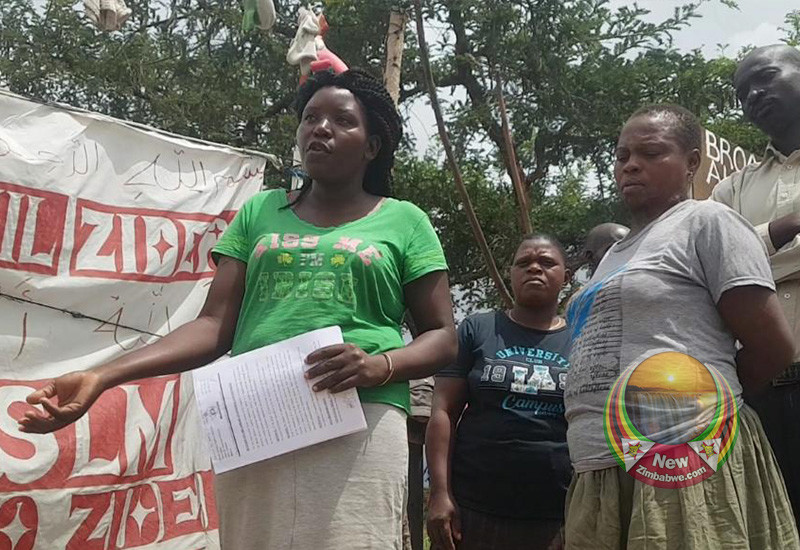 NOT even the heavy rains that pounded Zimbabwe in the last few weeks could beat the 60 males and females including and 18 month-old baby, living in tents, into submission and force them to leave for home.

These men and women who are members of the Broad Alliance Against Sanctions (BAAS) are camped outside the US Embassy in Westgate, Harare.

They have been demanding that the sanctions imposed on Zimbabwe by the US and the West nearly 20 years ago, should be removed.

They are a few days shy of completing one year of camping outside the American embassy and have vowed not to leave until the “filthy” sanctions are removed.

On the afternoon that NewZimbabwe.com visited the camp last week, a woman was hanging on a washing line what could be dismissed as rags, but were clothes and blankets while another was cooking over a gas stove in one of the tents. The tents were donated by an unidentified well-wisher. Two young men slept in the men’s tent on single bed mattresses. 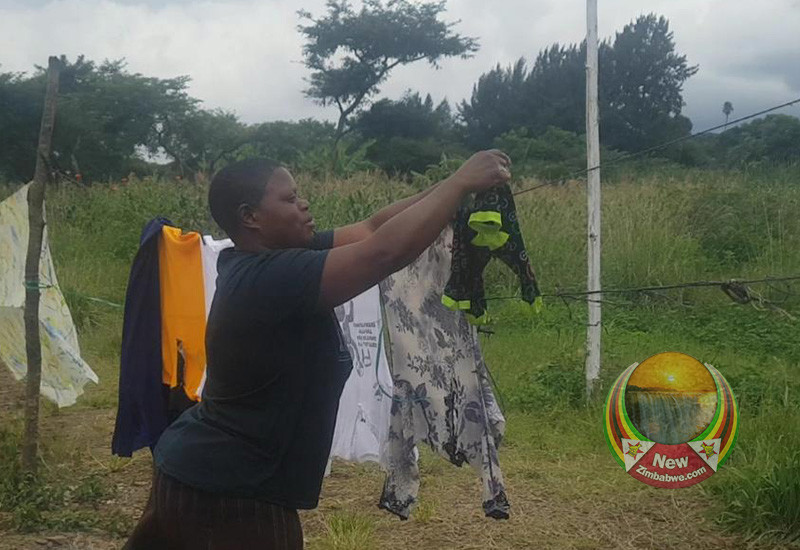 A woman hangs clothes at the camp

As a visitor gets to the camp, the men are quick to raise their heads and approach in a welcoming manner.

They are not threatening or intimidating and are very eager to talk about the issue in their hearts – “illegal sanctions against Zimbabwe imposed by the US and the West.”

“Some of our colleagues have gone to collect firewood while others are at Westgate Shopping Centre where we usually get fresh water since the stream behind our tents dried up,” says one of the protesters who only identified himself as Shumba.

He maintains a warm smile throughout interview.

“We are in a struggle for survival my brother, if you do not realise that you are misled and have to open your eyes or else we will perish.”

Posters are all over the place and on a nearby tree is a board on which they inscribe the days they have been there.

Shumba is an ordinary member of the compound and says he can’t speak much about their campaign before he calls the group’s spokesperson.

In comes Sally Ngoni originally from Bulawayo and a holder of an Honours Degree in Psychology, Post Graduate Diploma in Development Studies and a Diploma in Environmental Health.

“We are very mindful of the plight of ordinary citizens who suffer because of these illegal sanctions which were imposed by the American Federal government. Our call to all who have imposed sanctions on Zimbabwe is to remove them unconditionally,” said Ngoni. 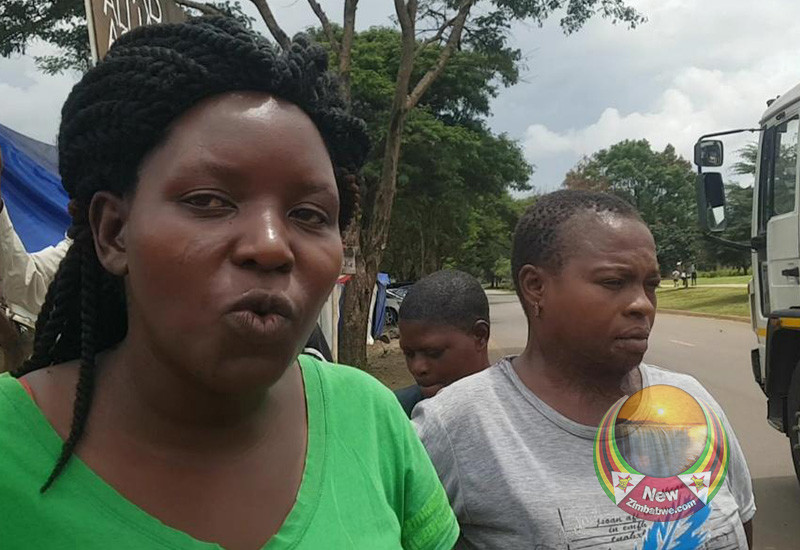 Two women are standing behind Sally as if on guard as she talks about the “illegal sanctions”.

“This is not easy, staying in the bush, away from your family, sacrificing your life for the betterment of your country.”

A bulge in her T-shirt betrays Sally was pregnant. She says she suffered a miscarriage, but came back to continue with her struggle.

Added Ngoni: “We are a non-partisan group and we also encourage government to implement the required reforms where necessary.”

She strongly denied reports that the group was sent by the ruling Zanu PF party to protest at the US Embassy. 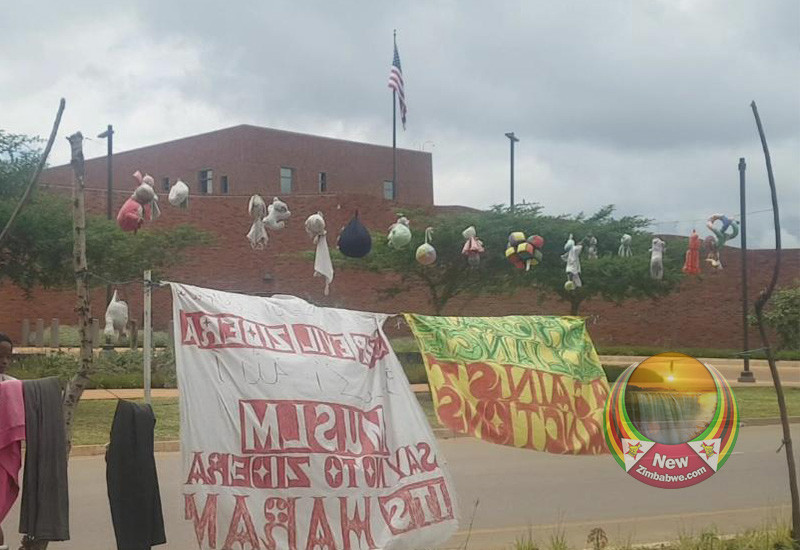 In the background – US Embassy

However, the year long protest by the BAAS members seems not be yielding any positive results as last week the US Department of the Treasury’s Office of Foreign Assets Control (OFAC) added former Zimbabwe National Army (ZNA) Presidential Guard commander Anselem Sanyatwe and State security minister Owen Ncube on the sanctions list for their alleged involvement in human rights violations against innocent citizens.