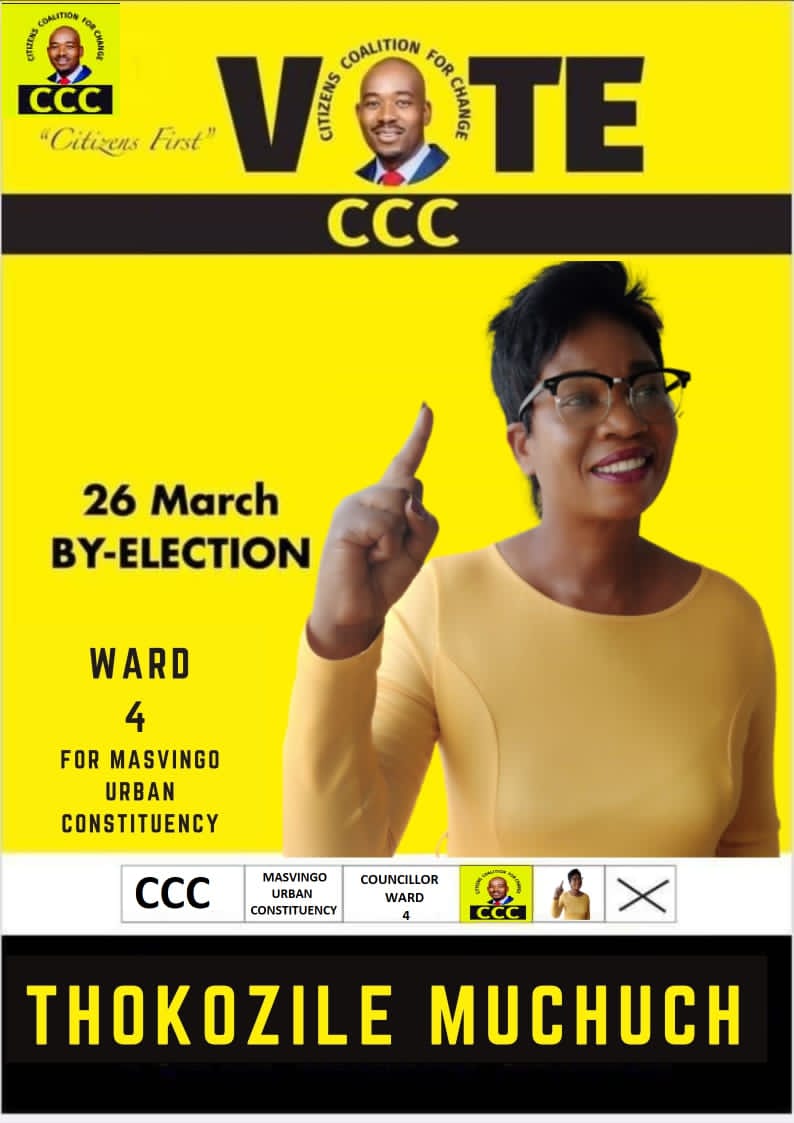 AFTER having defied her party by refusing to step down as Masvingo Urban Ward 4 candidate, Citizens’ Coalition for Change (CCC)’s Thokozile Muchuchuti has gone a step further, launching a massive campaign ahead of the March 26 by-election.

Muchuchuti, who filed nomination papers together with Aleck Tabe under the Nelson Chamisa-led party, was told to stand down for Tabe, but vehemently refused to do so.

She has started distributing hundreds of fliers and pasting campaign posters bearing her picture with CCC colours on walls at shopping centres and other strategic positions.

Contacted for comment, she told NewZimbabwe.com that she was just campaigning as any candidate would.

“As you know, when I was told to step down I refused; so I am just campaigning as one of the candidates under a CCC party ticket,” Muchuchuti said.

Sources also told this publication that the CCC leadership has in recent days threatened to fire her from the party if she continued to defy orders but she has remained adamant.

It has also been alleged that Tabe has some sympathisers among the party’s top brass who are backing her candidature.

CCC deputy spokesperson, Gift Ostalos Siziba said they had given the provincial leadership the prerogative to resolve the issue but promised to look into the matter.

“I will have to find out about those allegations, but we gave jurisdiction to provinces so that we avoid getting down to the provinces. Get in touch with the chairperson while I also check from this end what’s happening there,” Siziba said.

Provincial chairperson, Senator Misheck Marava was not answering calls on his mobile phone.

If a solution is not found up until by-elections date, the party risks losing the seat to Zanu PF which is itching to win the urban vote.