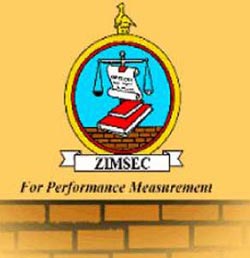 THE Amalgamated Rural Teachers Union of Zimbabwe (RTUZ) has called on parents, teachers and pupils affected by the re-writing of the 2017 Ordinary Level English Paper 2 examination to resist the minister’s order.
In a statement, RTUZ said people should not be punished for the shortcomings of the Zimbabwe Schools Examination Council (ZIMSEC), adding the union was already on the ground mobilizing teachers to resist the re-sit.
The Minister of Primary and Secondary Education, Paul Mavhima, last week ordered the re-writing of the examination after it emerged the paper had leaked.
This raised the ire of parents, teachers and pupils alike, who questioned the logic of inconveniencing the more than 200 000 candidates over the shenanigans of a few individuals who benefitted from the leak.
Already, two parents have launched an urgent High Court Chamber application seeking the reversal of the Minister’s decision. The case has been deferred to Tuesday, February 13.
Defiant RTUZ said it was also encouraging parents to dissuade their children from attending the second sitting of the examination, scheduled for 10:00 am on February 16.
“Notwithstanding the outcome of this legal route, Amalgamated Rural Teachers Union of Zimbabwe urges teachers, parents and affected candidates to resist the Minister’s ridiculous pronouncement,” the union said.The Zimbabwe Congress of Trade Unions, the biggest umbrella labour body in the country, weighed in, saying the leakage of the paper last year was testimony that the education system was rotten and needed serious investigations.
In a statement, ZCTU Secretary General, Japhet Moyo, said the re-sitting of the examination would weigh heavily on the parents of the pupils who would have to bear the costs.
“The ZCTU believes that there is a syndicate that has been leaking exam papers for money and they were making a killing. These could be people from the Ministry of Education, those who set the papers, the printers and school headmasters,” he said.
Moyo said those involved in the leakages should face the music, adding the current events had seriously impacted on the education system in the country.
“What is also shocking is that it took so long for the government to make a decision, yet they had detected the anomalies last year,” Moyo said.Advertisement

For the Education Minister, out of the blue, to cancel the results and order a re-sit within a week is highly insensitive to parents whose children might be out of the country or live far away from examination centers,” Moyo said.