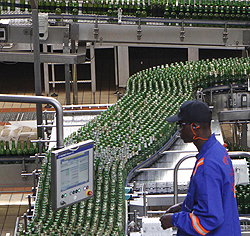 SABMiller’s Zimbabwe unit reported a 36 percent rise in full-year earnings on Wednesday, driven by strong sales of premium lager and non-alcoholic beverages.
Delta Corporation, 38 percent owned by global brewing giant SABMiller, said earnings per share rose to 8.49 cents in the year ending March, up from 6.22 cents previously.
After-tax profit rose to $104 million, compared to $72 million in 2012.
Zimbabwe’s economy, which had grown by nearly double digit figures from 2009 to 2011, was expected to grow 5 percent this year after a sharp slowdown in 2012.
Elections planned for later this year could pose risks for the fragile economy in the southern African country where previous polls have been marred by deadly violence.Advertisement