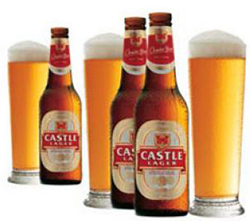 HARARE: Beverage manufacturer Delta Corporation on Wednesday reported a 12 percent decline in annual profit to $80 million, after revenue fell seven percent as consumer spending remains under pressure.
Revenue from continuing operations in the full year ended March 31 was down to $538 million compared to $576 million the in the previous year.
Operating income fell 14 percent to $96, 1 million as the group recorded reduced volumes. Lager volumes were down 8 percent, while sparkling beverages and Sorghum beer declined 6 percent and 3 percent respectively
Finance costs during the year were up to $5, 7 million from $5,3 million the previous year.
Earnings before interest, tax, depreciation and amortisation (EBIDTA) fell 10 percent $ 129 million
Total tax remittances for the year amounted to $ 139, 6 million.
Earnings per share (EPS) dropped  13 percent to 6, 49 cents
The board declared a special dividend of us 0.95 cents per share and final dividend of $2.35 cents per share.Advertisement