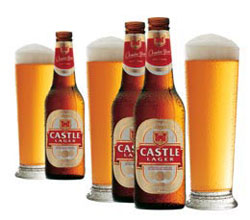 FALLING demand for bottled beer has hit hard glass manufacturing firm, Zimbabwe Glass Industries (Zimglass) after its main customer Delta reduced orders for bottles, an official has said.
Delta last week reported depressed lager sales, 10 percent lower in the half-year to September 30 because of high prices following an increase in excise duty at the beginning of the year.
Zimglass acting chief executive officer, Gilbert Tapfuma told The Source on Wednesday that Delta’s move towards the more convenient plastic PET containers had also sharply affected their operations, forcing them to look for regional markets.
“The biggest threat at the moment is the decline in demand for bottles by one of our major customers, Delta Beverages as PET plastic bottles make huge inroads into the market, he said.
“As a result we are trying to make some inroads into the regional markets especially Zambia where demand for bottles is still very high.”
Zimglass last month resumed manufacturing of flint glass, the type used to bottle soft drinks.
The company needs $15 million for recapitalization in the short to medium-term and a further $21 million for the refurbishment of one of its blast furnaces.
Tapfuma said the company was also saddled with a $3.4 million electricity debt.Advertisement