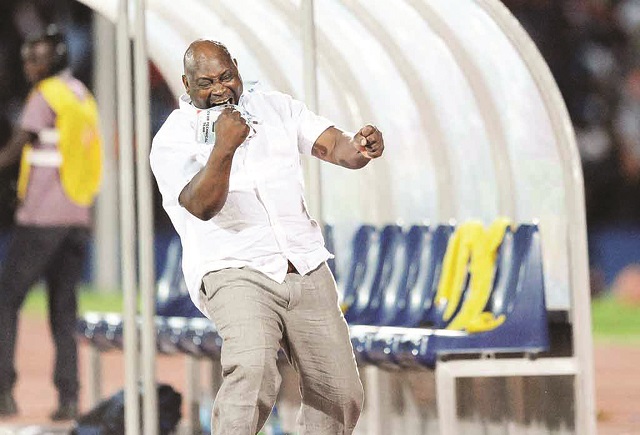 STRUGGLING Zimbabwean football giants Dynamos and Highlanders, face a tough task in their quest to recover from what has largely been a disappointing start to the season, when they face tricky encounters against inform side ZPC Kariba and Hwange respectively on Sunday.

Highlanders have endured a difficult start to the season, managing three draws, while succumbing to two defeats and scoring just two goals in their first five matches of the 2019 Castle Lager Premier Soccer League.

Last week, the Bulawayo giants were held to a goalless draw by Premiership newboys Mushowani Stars, a result which drew angry reactions from the club’s fans, who demanded the dismissal of coach Madinda Ndlovu.

On Sunday at Babourfields, Bosso face a rejuvenated Hwange which is brimming with confidence following a good start to the season after winning four of their first five matches.

Ndlovu told reporters during Highlanders’ weekly press conference that he was hoping to use the game against Hwange as the starting point in his quest to turnaround the club’s fortunes.

The Bosso gaffer also expressed confidence at the quality of players at his disposal.

“I believe we have a strong team of youngsters who can compete and we start with the Hwange game to turn the tables around. We are setting ourselves a target of getting at least 11 points in the next five games,” Ndlovu said.

“The boys are motivated in camp and are also as worried as everyone that we haven’t garnered maximum points, but they have not thrown in the towel because it’s too early to do so.”

Ndlovu added that he understood the frustrations among the team’s faithful.

“I understand the outcry and concerns from the fans. I respect their thoughts. It’s their right to demand results because that’s what they pay money for, to watch their team win. I however, guarantee them that we shall rise from the slag,” Madinda said.

While Bosso will be eyeing their first win of the campaign against Hwange, another faltering giant, Dynamos will also be eager to end a dismal run of four matches without a win, stretching back to their 2-1 victory over Mushowani Stars in their opening fixture of the season.

Dynamos became the first club to fire their coach this season, after parting ways with Lloyd Chigowe before immediately appointing Tonderai Ndiraya, who managed a 1-all draw away to TelOne his first game in-charge.

Ndiraya however faces a stern test against an inform ZPC Kariba, high in confidence, having won their last four matches on the trot.

DeMbare will however be without Cameroonian striker Claude Junior Ngahan, as well as his compatriot Vincent Herve Mbega, who are both nursing injuries while vice-captain Godfrey Mukambi, who earned a red card in the last match will miss the weekend action.

The former Ngezi Platinum Stars coach, said he was hoping to see some improvement from his charges after putting in a lot of work on the fitness of the players in his first full week of training at the club.

“There is a huge improvement in attitude, mentality and competition. We are trying to create competition among players so that we get some bit of quality from them. It’s looking promising, though I should say we have a long, long way to go,” Ndiraya said.

“This weekend, we are expecting some improvement because of what we have done. But the whole process takes time, I must stress.”

Meanwhile in the other standout fixtures scheduled for this weekend champions FC Platinum will be hoping to continue their fine start to their title defense when they take on Herentals at Mandava Stadium on Saturday.

The reigning champions sit at the top of the log table with 13 points after managing four wins and a draw in their first five games.

High-flying CAPS United will also be eager to preserve their four-match unbeaten start to the season when they host Harare City at the National Sports Stadium on Sunday.