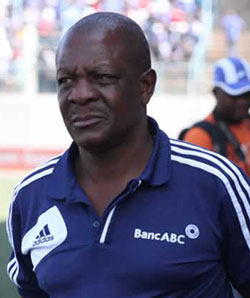 CHAMPIONS Dynamos have refused to throw in the towel as they face Wha What at Rufaro on Wednesday despite a defeat to FC Platinum at the weekend which plunged them to third position on the league table with only eight matches remaining.
DeMbare’s dream of retaining the title suffered a reverse on Saturday following the 3-1 defeat to FC Platinum but the Harare giants believe they can still lift the title if they win their remaining eight matches of the campaign.
Should they manage to win all their remaining eight matches which include a tough trip to Chicken Inn, it will be an intriguing conclusion to the title race.
Besides the tricky tie against WhaWha, Dynamos still have to face log leaders Chicken Inn, Harare City and Caps United in some of their remaining fixtures.
The defeat to FC Platinum left the champions on third position on the league table with 39 points seven behind log leaders Chicken Inn.
FC Platinum emerged the major beneficiaries of that stumble as they climbed to second position on the league table with 41 points.
It was Tonderai Ndiraya’s first league defeat since taking over from David Mandigora.
Even the club hierarchy appears to be in panic mode with Bernard Mariot, one of the directors and team patron, Webster Shamu, attending the team’s training session at Prince Edward on Tuesday to support to the team.
Team manager, Richard Chihoro admitted they needed to put their act together if they are to win the championship for the fifth successive season.
He said for Dynamos to win the league title, they now have to win all the remaining eight games of the season.
“We are not just looking at the match against WhaWha,” said Chihoro.
“We are looking at all our remaining games and we are saying the only way to win the championship is to win those remaining games.
“We won’t underestimate Wha Wha remember they beat us in the first meeting. In fact we cannot afford to underrate any team at because we need all points,” Chihoro said.
Dynamos were shocked 1-0 in the first meeting by Wha Wha at Ascot Stadium.
But Wha Wha on 15th position on the table with just 19 points are aware completing a double over the champions will help them in their battle to stay afloat.
FIXTURESAdvertisement