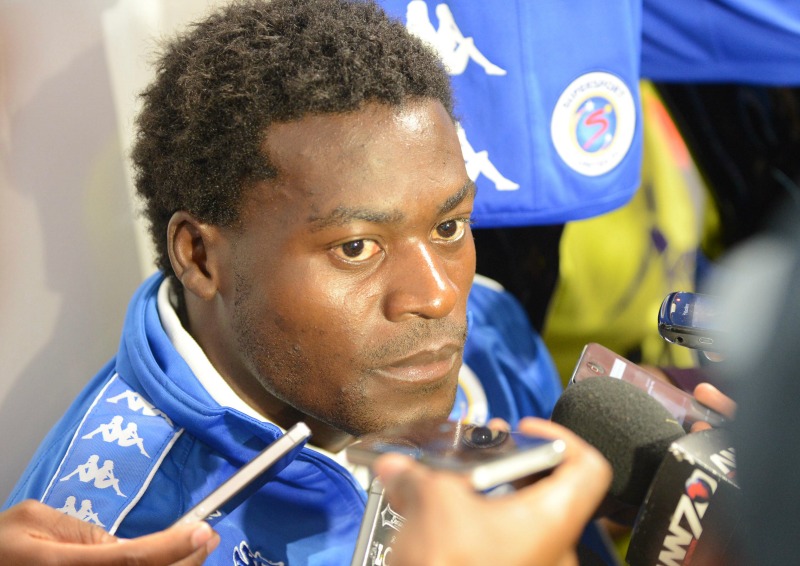 STRUGGLING Zimbabwe premiership giants, Dynamos’ hopes on unleashing their new recruit Kingstone Nkatha soon have been dashed after it has emerged the former SuperSport United forward can only play after the lapse of the 30-day period as provided for in the football rules and regulations.

According to FIFA rules and regulations, a player who joins a club as a free agent can be registered outside the window period.

However, if the player is cleared to play for his new club after the closure of the transfer window period, he can only be registered to play after the lapse of the mandatory 30-day period.

Nkatha, who was plying his trade in South African before his recent return, received his International Transfer Certificate last week when the window had already closed on July 31.

It follows that Dynamos can only register Nkatha on September 1 when the required 30-day period would have lapsed.

The rules and regulations also state that if another player joins a club as a free agent in September, he can be registered without having to wait for 30 days.

“His (Nkatha) ITC arrived last week but the window period had already closed. So, it means we can only wait to register him on September 1,” said Chihoro.

The forceful forward had attained a South African resident status, having met the minimum five years required to be eligible for permanent residence.

Nkhatha moved to South Africa in 2007, when he joined Free State Stars in a successful career that saw him go on to play for heavyweights such as Kaizer Chiefs and SuperSport.

The former Buymore striker is one of the four players that the club acquired in the mid-season transfer window, together with Munashe Kaseke and returning stars Bret Amidu and Denver Mukamba.

Nkhatha, who started training with the Harare giants two weeks back, is expected to breathe a new lease of life to what has been a poor Dynamos attack this season, which coach Lloyd Mutasa has pointed out as his biggest headache.

Strikers Quality Kangadze and Kuda Kumwala have failed to fill in the boots left by Cameroonian Christian Ntouba, who left for Botswana after he was frustrated out of the club at the start of the season.

Mutasa’s men were scheduled to make the trip to Bulawayo last week for a clash against old foes Highlanders before the match was postponed by the top-flight league management.

The Glamour Boys have scored 17 goals in 20 games, fewer than Bulawayo City and Shabanie Mine, who have 18 and 19 goals respectively. The two teams that are second bottom on the log standings.

Mutasa has blamed the lack of firepower for the dismal start to their season, where they are hovering just above the relegation zone and currently sit on 13th place with 22 points, just three better than Nichrut who occupy the relegation cut-off point.