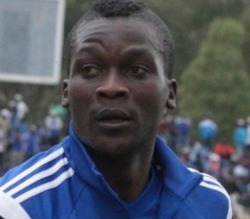 DYNAMOS skipper Augustine Mbara has rallied his troops ahead of the Net One Easy Call Cup quarter- final tie against How Mine at Rufaro on Sunday.
Mbara says the Easy Call Cup has been placed as a major priority as the championship race appears to be out of reach but reckons that it will not be easy to break down How Mine.
The DeMbare captain said it will be a good Christmas present for the fans if they ended the season with some silverware.
“The Easy Call Cup is our target at the moment. We know we still have a mathematical chance in the league title race but now the focus is on the Easy Call Cup. We are looking forward to the match against How Mine.
“They have given us problems in cup matches, they knocked us out in the Mbada Diamonds Cup last time but we really want to go on and in the cup.
“We lost the Chibuku Super Cup but we have been given another opportunity. We must grab it with both hands. It will be a Christmas present for the fans,” said Mbara.
The seeded teams have been given the benefit of playing at home in the quarter-finals.
And City rivals Caps United face Hwange at the National Sports Stadium on Saturday while Highlanders make the trip to Mandava for a date against Norman Mapeza’s trailblazers FC Platinum.
Fixtures:
Saturday: ZPC Kariba v Chicken Inn (Nyamhunga), Caps United v Hwange (National Sports Stadium)
Sunday: FC Platinum v Highlanders (Mandava), Dynamos v How Mine (Rufaro)