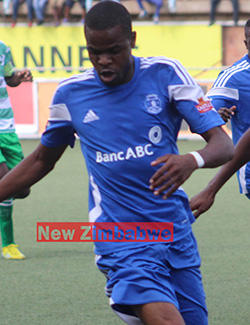 AFTER a 2-1 defeat by bitter rivals Highlanders at Barbourfields Stadium on Sunday, Harare giants Dynamos have all but surrendered the title making it a three horse race.
The Harare giants were left 12 points adrift of log leaders FC Platinum with seven matches remaining in the campaign. There is nothing to suggest that Dynamos will bounce back even if they win all their remaining matches of the campaign.
FC Platinum are on 47 points, with bitter city rivals Caps United in second place on the league table with 46 points while Highlanders are in third position with 41 points and ZPC Kariba in fourth with thirty-six points.
FC Platinum, Caps United and Highlanders all won their respective league assignments which emboldened their title chase as the league marathon staggers towards the finishing line.
For Dynamos to catch up with FC Platinum, they have to win their next four matches with the Zvishavane-based side and second placed Caps United losing all their four matches which is highly unlikely considering that Dynamos have what appears to be a tougher run in than the other teams chasing the championship.
Dynamos still have to play FC Platinum, Caps United, Triangle and Chicken Inn in some of their remaining matches which makes their life even more complicated.
Caps United coach Lloyd Chitembwe summed it all up thus: “Our chances are as good as those of FC Platinum and Highlanders.
“I don’t know about Dynamos. We have been very consistent. We have never been out of the top three since the season started and that tells you about our ambitions.” he said.
The Glamour Boys have endured a difficult campaign this term with their lack of goals being their Achilles Heel.
Former Portuguese coach Paulo George Silva’s decision to part ways with veteran striker Takesure Chinyama who immediately returned Poland has also backfired terribly with the
team struggling in front of goal.
That attacking midfielder Masimba Mambare is the team’s leading goal scorer speaks volumes about the team’s lack of potency in front of goal.
Dynamos are also the third team after bottom sides Border Strikers and Tsholotsho to score the least number of goals in the campaign so far after managing just 18 goals in twenty- three matches, which translates to an average of less than one goal per game.Advertisement