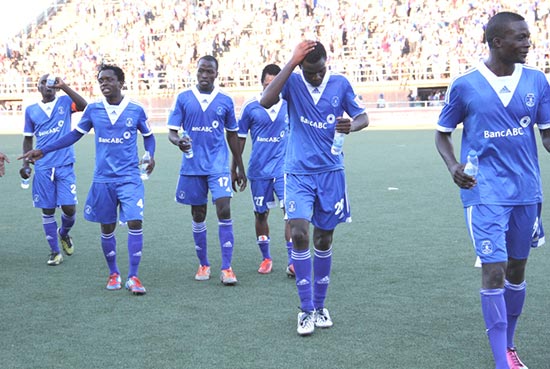 DYNAMOS will take the opportunity to parade their new signings at Rufaro on Sunday when they host Zambian outfit Kabwe Warriors during an international friendly match.
The Glamour Boys, who lost midfielder Ronald Chitiyo and defender Blessing Moyo to Harare City reacted by signing several players including former Caps United midfielder Dominic Mukandi, ex Highlanders forward Valentine Ndaba and former midfielder Archieford Gutu.
They also roped in the Triangle duo of midfielder Tichaona Chipunza and goalkeeper Ashley Reyners and will introduce them to the supporters ahead of the start of the season during the match on Sunday.
Dynamos president Keni Mubaiwa also said they were still hunting for at least two strikers and their technical team would take the opportunity to assess some of the strikers from the Zambian side with the hope of signing them.
“We are still looking for one or two strikers and since we are going to play Kabwe Warriors on Sunday,” said Mubaiwa.
“The technical team will have an opportunity to assess and see if they could sign anyone in that team.
“We will also be going to Malawi and Tanzania in our pre-season preparations and if they find a striker whom they think is good enough to play for us, we will sign him.”
Strikers on DeMbare’s books include Rodreck Mutuma, Takesure Chinyama, Richard Kawondera, Farai Mupasiri and Kelvin Bulaji.
After playing Kabwe Warriors, the Harare giants are set to travel to Malawi and Tanzania where they will take on Big Bullets and Young Africans.Advertisement