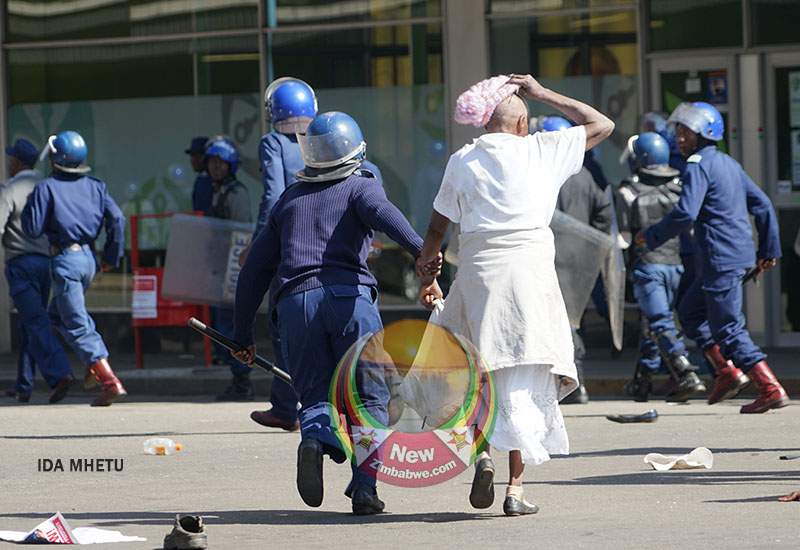 THE MDC has described as a de facto State of Emergency, the ban and police siege on city centres in which the party had lined up protest marches against rising poverty under the Zanu PF led government.

In a statement Tuesday, MDC bemoaned dimming prospects of ever enjoying freedom of assembly under the current Emmerson Mnangagwa led government.

The prospects look dimmer, according to MDC, even with the pending introduction of the Maintenance, Peace and Order (MOPA) Bill set to replace the country’s tough security law, the Public Order and Security Act.

Police have banned protest marches the MDC had lined up for Harare, Bulawayo and Gweru.

In a statement Tuesday, the MDC, was dismayed on having its peaceful demonstrations banned by authorities.

“We have seen in the past few days that POSA remains a problem while its successor, the Maintenance of Public Order Act, has dismally failed to enhance the people’s democratic rights.

“If anything, MOPA has been plucked from apartheid statutes and marks a major regression on the democratic agenda.

“Put simply, MOPA is just but another POSA in a scarf!

“Prohibition orders that are being used to stifle and throttle democratic space are unconstitutional as they brazenly take away sacred constitutional rights and freedoms. As a people, we are sticklers to constitutionalism and the rule of law,” said national deputy spokesperson Luke Tamborinyoka.

He added, “In the past few days, there has not just been a ban on civilian politics, but a de facto state of emergency. It is tragic that political gatherings and free expression, which have virtually been banned in Zimbabwe, are the very oxygen of politics.

“The proscription of the people’s fundamental rights is therefore a crude form of political asphyxiation. Rights have been taken away and democratic space has shrunk. As a people, in light of the national grievances affecting the nation, we have followed the law to the letter and spirit so as to allow ourselves to demonstrate peacefully.

“Alas, there has been no appetite on the other side to allow citizens the full enjoyment of their democratic rights. In fact, there has been a de facto ban on the MDC and on civilian politics in the country. State-sponsored violence against innocent citizens has become the regime’s default setting.”