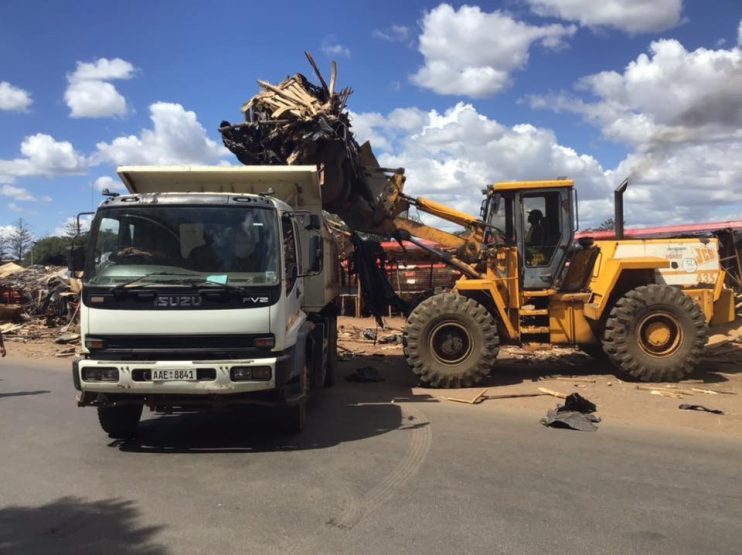 THE Vendors Initiative for Social and Economic Transformation (VISET) has described on-going demolitions on Harare market stalls as an act of barbarism and brutality that will further impoverish informal traders.

The Harare City Council and government are currently razing down thousands of informal traders’ market stalls across the capital city’s high-density areas as part of measures to curb the spread of COVID-19.

However, VISET, an organisation that protects the interests of informal traders across the country, felt that council and government were being callous in destroying the livelihoods of thousands of residents who rely on vending as formal jobs have run dry.

VISET director Samuel Wadzai said council should not have taken advantage of the current lockdown but engaged vendors first as the demolitions were irresponsible and unacceptable.

“We know that it is the responsibility of local authorities to make sure that streets are clean and people operate from designated places but to go and destroy vending spaces of informal traders without engaging with them first is surely irresponsible,” he said.

“This is just another act of brutality and barbarism meant to further impoverish the already struggling people in the informal economy. It is totally unacceptable,” added Wadzai.

Information at hand indicates the demolitions will this Sunday continue in Kuwadzana, west of Harare, and wind up at the end of the week.

Meanwhile, some vendors in areas not yet affected are removing their stalls to salvage material and hope to rebuild once the dust has settled.

Affected informal traders who spoke to NewZimbabwe.com said they were removing their stalls to avoid looking for new material if they got another chance to reconstruct them as vending was their only source of livelihood.

“If we do get a chance to rebuild our stalls at least we would have the material because the council is demolishing and taking away the material,” one informal trader said.

“In some instances, the council is telling us to destroy our vending stalls but we do not know what happens next after this. We are just hoping for the best but also expecting the worst right now,” said Florence Munhuwakare who was operating several stalls in Mbare.

“We have children we were sending to school including universities through those stalls. We were paying rent and buying food through vending. Now landlords want rent money and the little hope we had of selling our wares have been dashed.”