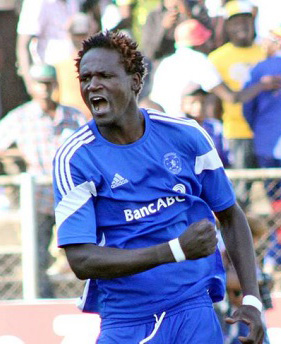 DYNAMOS defender Ocean Mushure’s suspension for PSL week 26 matches will not count much as the left-back will be on national duty in Lesotho for the Warriors’ Chan qualifier.
The Harare giants play Flame Lily at Lafarge Stadium on Saturday as they bid for a fourth straight defence of the league title.
With five games to go before the campaign ends, they however have to close a six-point gap between them and leaders Chicken Inn.
But DeMbare will play relegation-haunted Flame Lily without Mushure who accumulated three straight yellow cards.
Despite being suspended, Mushure will however be in Lesotho with the national team.
Dynamos will also miss forward Roderick Mutuma and right-back Blessing Moyo who are also with the national side.
Team manager Richard Chihoro said they will pull through in the absence of the key trio.
“We have three players in the national team although Ocean is suspended. Our hope is to do well in their absence,” Chihoro said.
“It is not that we are taking lightly Flame Lily. We know they are fighting against relegation and that makes them dangerous.
“But we just believe in our players who are available. We will get the three points.”
Flame Lily are third from bottom.
FIXTURES
Saturday: Flame Lily vs Dynamos (Lafarge), Tsholotsho vs Whawha (White City Stadium)
Sunday: Buffaloes vs Hwange (Sakubva), Dongo Sawmill vs ZPC Kariba (Vengere)