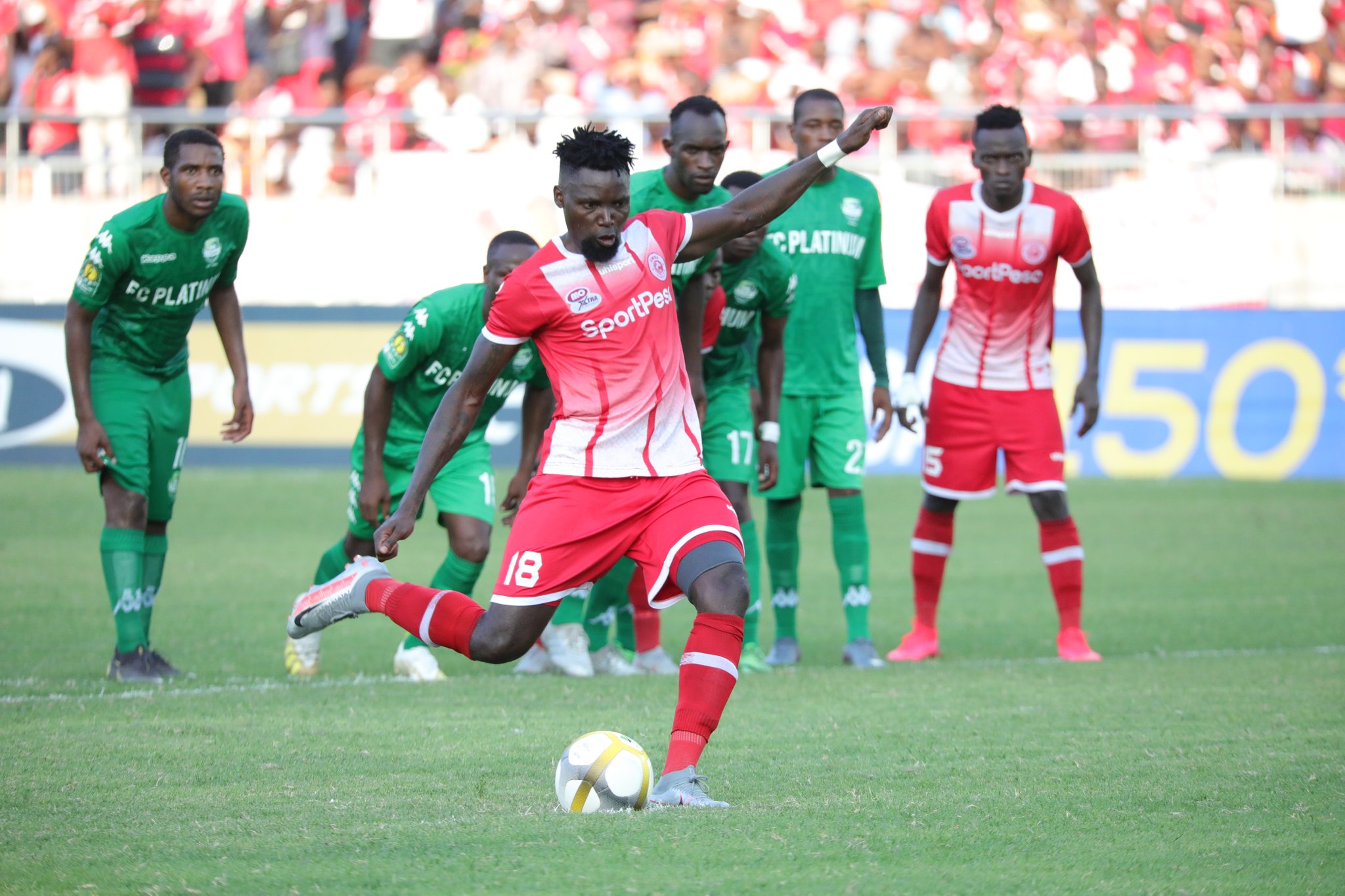 (Simba SC progress to the group stage 4-1 on aggregate)

A DEPLETED FC Platinum crashed out of the CAF Champions League following a 4-0 defeat to Tanzanian side Simba Sports Club in their second round, second leg encounter at the Benjamin Mkapa National Stadium in Dar es Salaam on Wednesday.

Norman Mapeza’s men will however feel aggrieved following the controversy which characterised the encounter on and off the field of play which resulted in them fulfilling the match under protest.

This is after Tanzanian officials informed them that five of their key players Silas Songani, Petros Mhari, Lawrence Mhlanga and Rainsome Pavari as well as three officials had tested positive for Covid-19 a couple of hours before kick-off without providing them with the test results.

FC Platinum were also not happy with the officiating after threatening to walk off the field of play in protest over a controversial penalty which handed Simba Stars the lead in the first half.

In the end, it was a day to forget for the Zimbabwean champions, who now drop to the Confederations Cup.

The result will however be flattering for the hosts as FC Platinum were still in the contest for large periods in the contest before conceding two injury time goals.

Simba opened the scoring through a controversial penalty Erasto Nyoni on 39 minutes before Shomari Kapombe, who appeared to be coming from an offside position doubled the lead from a rebound on 62 minutes.

FC Platinum wasted two good chances which could have ended Simba’s hopes before conceding two goals in injury time through a tap in finish after a counter-attack by John Bocco and Clatous Chamaa’s last gasp penalty.

The Zimbabwean champions who were carrying a slender 1-0 lead from the first leg, went into the match needing to avoid conceding an early goal and they did just that to silence a strong 30 000 home crowd.

However, just when they were starting to get a grip on the match, they were rattled after the hosts were gifted a controversial penalty after Tawana Chikore was adjudged to have fouled a Simba player inside the box in the 31st minute.

Replays however showed that the incident happened outside the box.

The decision by the Gabonese match officials incensed the FC Platinum players who threatened to walk off the field leading to a nine-minute stoppage.

After play finally resumed, Erasto Nyoni of Simba SC held his nerve to coolly convert the penalty to leave the two teams deadlocked on aggregate and FC Platinum needing another goal to book their ticket to the group stages.

Simba however almost took the lead early in the second half when Ibrahim Mgomba’s shot from just outside the box came off the crossbar.

FC Platinum responded soon afterwards with Ralph Kawondera heading over the bar with just the keeper to beat after connecting a cross from the right by Gift Mbweti after 53 minutes.

The Zvishavane-based side had a golden chance to level matters and put themselves in total control but an unmarked Kawondera missed an open goal barely a meter from the goal line on 58 minutes.

FC Platinum were punished for the ghastly miss when Kapombe scored off a rebound after goalkeeper Francis Tizayi failed to hold on to a long range shot with replays suggesting the striker was coming from an offside position.

FC Platinum were still firmly in contention as they needed just a goal to sneak through on away goals rule, but they did not create any clear cut chances despite their late dominance before conceding two late goals in injury time.