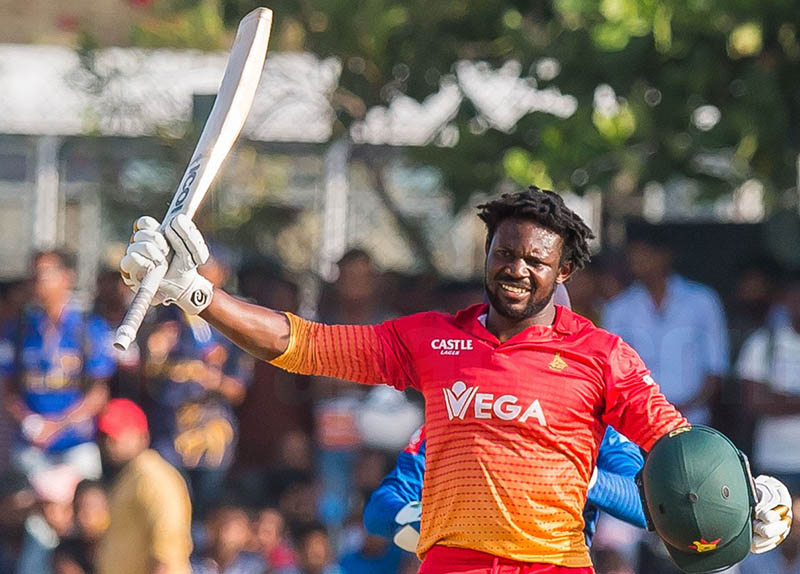 Zimbabwe have called up three uncapped players – Liam Roche, Tinashe Kamunhukamwe and Ryan Murray – for the five-match ODI series against Pakistan, which begins on Friday in Bulawayo.

Injuries, meanwhile, have ruled out Solomon Mire and Kyle Jarvis.

With a number of senior players unavailable in the backdrop of friction between the players and the board, the ODI squad has numerous changes from the one that played in the World Cup Qualifier in March. With the likes of Brendan Taylor, Sikandar Raza and Graeme Cremer missing, room has opened up for the return of former captain Elton Chigumbura, who featured in the recently concluded T20 Tri-Series but hasn’t played an ODI since November 2016.

Roche, 18, is a former Zimbabwe Under-19 captain, who bats in the middle order and bowls offspin. In his most recent domestic assignment, in May, he scored back-to-back half-centuries for Mashonaland Eagles in the Pro50 Championship.

Kamunhukamwe is a 23-year-old batsman with an impressive List A record, with 379 runs in nine matches at an average of 42.11 and a strike rate of 140.89, including a 98-ball 128 at the top of the order for Rising Stars against Mountaineers in May.

Wicketkeeper-batsman Murray, 20, has been part of the Zimbabwe ODI squad before, having been picked for an ODI tri-series in January, but is yet to make his debut. He has only played five matches – two first-class, two List A, and one T20 – in his senior career so far.

Mire sustained a gluteal tear while scoring 63 against Australia in the T20 Tri-Series match in Harare on July 6.

“He will be out for at least three weeks as he concentrates on physiotherapy rehabilitation which aims to speed up healing and make sure the tear heals without tight scar tissue formation,” Zimbabwe physio Anesu Mupotaringa said.

Jarvis, meanwhile, is out for at least six weeks with a fractured thumb in his bowling hand. The fast bowler suffered the injury while trying to take a catch during the opening game of the tri-series, against Pakistan, on July 1. Donald Tiripano had replaced him in the tri-series squad.