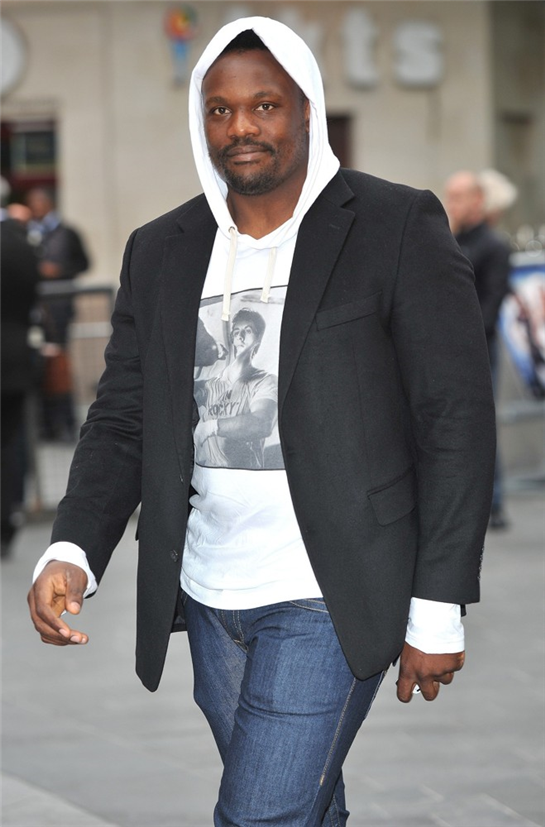 DERECK Chisora is confident he can become the first man to defeat Anthony Joshua if the pair are matched to fight at London’s O2 Arena on April 9.
Joshua improved to 15-0 as a professional on Saturday with a devastating seventh-round stoppage of bitter rival Dillian Whyte to add the British belt to his Commonwealth title.
Zimbabwe-born Chisora was also in action on Saturday as he defeated Jakov Gospic and the 31-year-old is now being lined up by Matchroom promoter Eddie Hearn as Joshua’s next opponent.
“I think if we’re looking at defending that British title then Chisora is top of the pile of options in that respect,” Hearn told Sky Sports News HQ.
Chisora, who has won four straight fights since losing to Tyson Fury in November last year, still maintains world title ambitions and knows a win over Joshua would put him firmly into that mix.
But he insists the price must be right and, asked if would accept the fight, Chisora told Sky Sports: “100 per cent. This is the boxing game. There is no ducking and diving.
“But it has to be right for both parties. I am not just going to get in there because it is good for boxing. It has to be financially right for him and for myself, too.
“Every fighter goes into the gym to be a world champion. That’s still my goal right now. I have lost five fights. I’ve lost to some great opponents, and in some I have been robbed.
“But the ambition is still the same – be the No 1 in the game and give great fights to the fans.”
While Chisora is “100 per cent” confident he could beat Joshua, he has a healthy respect for his fellow Finchley Boxing Club graduate and believes it is only a matter of time before the Olympic gold medallist ascends to the top of the heavyweight ranks.
“He is great,” Chisora admitted. “He is going to go all the way. That’s it. You can’t say anything about it. He is going all the way.”Advertisement