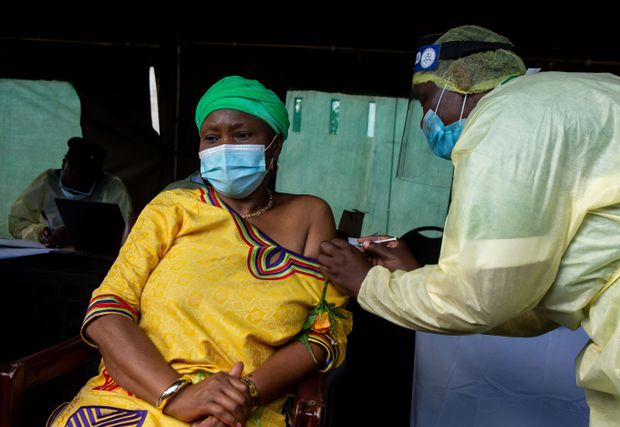 While the entire world could be ecstatic about the invention of Covid-19 vaccines, this could be different with a great many Zimbabweans judging by their reluctance to take up the life saving drug.

Zimbabwe has, in recent weeks, shipped loads of the drug mainly from its Asian ally, China.

Temba Makoni, a man in his 50s, says he has had different theories about the vaccines and would not want to be among the first to take it.

“For decades, the world cannot invent a vaccine to cure HIV/Aids, why is this Covid-19 vaccine created so fast.

“I trust my instincts, that things that are produced at supersonic speed may have had a lot of compromises on quality.

“I would rather be cautious,” Makoni said.

Zimbabwe was one of the first African countries to receive vaccines for the virus, thanks to a donation from China five weeks ago.

Today it has received 600,000 doses of two Chinese vaccines, Sinopharm and Sinovac. Yet it has managed to administer fewer than 59,000 of those doses so far, largely because of a lack of enthusiasm from the Zimbabwean people.

The vaccines are free, there are usually no age or occupation restrictions and the queues are often relatively short. It took only 15 minutes for people to be vaccinated at Wilkins Hospital on Friday. Yet people are still reluctant to take the jab.

Analysts say the slow acceptance of the Chinese vaccines in Zimbabwe is largely owing to a mistrust of the country’s authoritarian government, a lack of a concerted campaign to educate people about the benefits of vaccination and a widespread suspicion of corruption in China’s deals with the Zimbabwean government.

“It shows that millions of people here have no trust in the Chinese vaccine,” said Claris Madhuku, an activist who heads the Platform for Youth Development, a Zimbabwean civil society organization.

“People question China’s sincerity in donating the doses to Zimbabwe,” he told The Globe and Mail. “They don’t trust the deals between China and Zimbabwe at the government level because they associate it with lots of corruption.”

Some people even believe that Chinese companies have bribed the Zimbabwean government to accept the vaccines for their own financial interests, he said.

The suspicions about the Chinese vaccines have added yet another complication to the vaccination challenges in Africa. The continent, with a population of about 1.3 billion people, has administered only about 7.7 million vaccine doses so far – the lowest number per capita of any region in the world.

The biggest obstacle is simply a lack of supply. “Africa urgently needs more COVID-19 vaccine supplies as deliveries begin to slow down and initial batches are nearly exhausted in some countries,” the Africa branch of the World Health Organization said in a statement on Thursday.