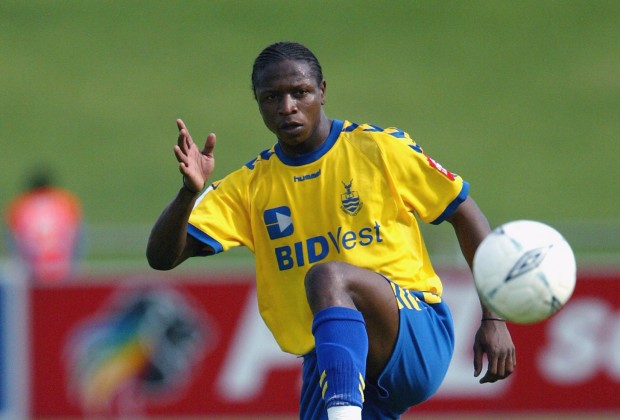 Details have been revealed on the tragic death of former Bidvest Wits legend Charles Yohane.

Yohane’s body was found in the Mzimhlophe Hostel, Soweto on Saturday evening with bullet wounds with the car he had been driving in recovered the following day.

Yohane had been using the car he was driving for e-hailing service Bolt on a part-time basis after training sessions at the academy where he was coaching.

The incident happened on Saturday with his body arriving at Chris Hani Baragwanath Hospital in the early hours of Sunday after residents near the hostel heard gunshots.

The car was then spotted driving around Mzimhlophe for most of Sunday until it was recovered later in the day with the case now with the police.

His close friend and former teammate Innocent Chikoya – who is arranging the funeral – confirmed the details.

Born as the fourth of seven kids in the high-density suburb of Mbare, Harare he came through the junior ranks of popular local club Dynamos before switching to Fire Batteries where he played with Gilbert and Kelvin Mushangazhike along with Chikoya and Mike Maringa, who was once with Kaizer Chiefs.

In January 1995, he arrived in South Africa joining the Gordon Igesund coached African Wanderers along with Chikoya earning R900.

The following while Chikoya move with Igesund to Manning Rangers, Yohane went back home to win the title with CAPS United after which he returned to join AmaZulu at the recommendation of Mike Makaab.

Just months into his stay at Usuthu he had an offer to move to Saudi Arabia where he would have earned R45 000 with a signing on fee which would have touched R500 000 but missed out and stayed on to continue earning R6 000 in Durban.

After a year and a half with AmaZulu, he moved to Wits University where he played over 200 games before being enticed to FC AK during the winter of 2006 earning double what he was getting with The Students plus medical aid and accommodation.

“The days when I joined Wits, they were dominated by white players and when you saw them coming to greet you then you would know you are a good player. They even told the coach to play me,” he told KICK OFF magazine in the last interview he did with this publication four months ago.

Money troubles at FC AK then forced Yohane to retire in 2009 and he moved back to Wits to start his coaching career in the junior ranks where they had Lebogang Phiri, Asive Langwe and Phumlani Ntshangase.

He stayed with Wits until the club was sold in 2020.

On the international stage, Yohane twice played at the AFCON finals in 2004 and 2006 which was the highlight of his career.

He earned a diploma in sports management then had a stint coaching Leruma United before being involved in an academy based at John Orr Technical School.