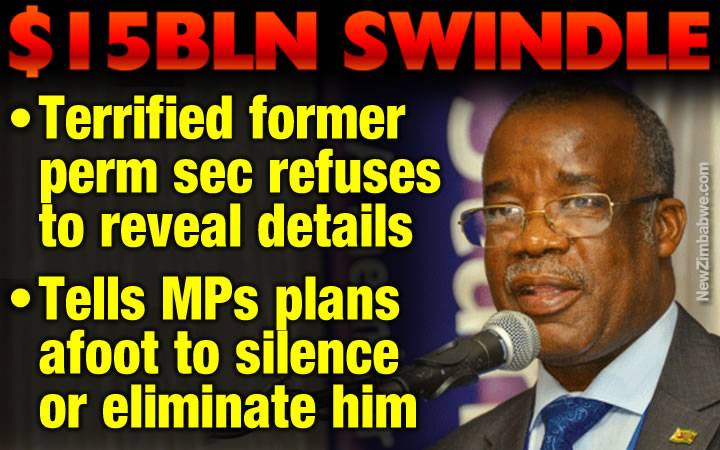 FORMER mines ministry permanent secretary Professor Francis Gudyanga has told parliament that his life is now in danger over testimony before a legislative committee probing the looting of Marange diamonds.

Gudyanga, who was also a director of the Dubai Diamond Exchange company, told legislators that moves were afoot to silence or eliminate him.

He said since he was retired from government at end of last year, he has been arrested three times at the instigation, he believes, of diamond dealers.

“There are diamond syndicates that are very sophisticated in the country and (abroad) and many people and beneficiaries get involved to ensure that the truth never comes out,” he said.

Gudyanga was appearing before a packed Senator Chambers on Monday giving oral evidence to the ongoing enquiry into the Marange diamond saga where some $15 billion was reportedly looted from the country.

He was permanent secretary in the mines ministry from 2013 to 2017 before being retired from government earlier this year.

Since his sacking, the former bureaucrat has been arrested three times on corruption charges relating to his stint as board chair of the Mineral Marketing Corporation of Zimbabwe (MMCZ).

Responding to a question on what the mines did after former president Robert Mugabe claimed that $15 billion in diamond revenues went missing, a visibly shaking Gudyanga said strategies to investigate the swindle were put in place but was afraid to say more fearing for his life.

“I have appeared before this committee before and some of the things that I have said here have been picked up and selectively used in court processes at my prejudice with no protection from this Committee.

“So, I am really reluctant to disclose all that I know from the time that I was permanent secretary.”

Gudyanga adamantly refused to more despite assurances from Mliswa that Parliament’s Privileges and Immunities to protected him.

“I don’t want to say anything that could prejudice the outcome of the trials that are coming up,” he explained.

“But just to say mines and home affairs ministries have always had a corporation that goes back many years to look into the leakages of minerals not only that of diamonds and investigations have always been on going.

He added, “But it’s an open secret that my name personally has been verified in the media and I take it that it was part of the strategy to mask what otherwise could have been unearthed.”