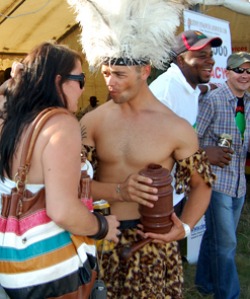 ZIMBABWE has, over the years, witnessed a significant outflow of her citizens in one of the effects of the so called ‘lost decade’ where locals migrated abroad in droves searching for greener pastures and now constitute a sizeable Zimbabwean Diaspora community scattered around the globe.  It would be remiss to fault the thousands who left the country at a time when the country was staring down the barrel, hamstrung by hyperinflation and chronic unemployment; the allure of brighter prospects offered by distant lands was simply irresistible to close the eyes to.
The negative upshots this massive drain of skilled human capital has had on the economy have been all too apparent with the country shorn of the expertise of those who could have contributed to the progress of the nation. This argument has steadily gained traction over the years, with the general consensus being that had the Diaspora community been around, they would have positively applied themselves to build a better economy.
Various people have been adding their voices to the ever increasing call for the Diaspora community to return back home.  The question however is, to what exactly should the Zimbabwe Diaspora community come back to? At first glance, it may sound unpatriotic to make an assertion of that kind. However, a critical introspection of where we are as a nation would seem to point to the crude fact that nothing has really changed.
Some would argue that the fact that nothing has changed is the very reason the thousands of Zimbabweans living abroad should make the journey back to their motherland. Having been exposed to the developed world, they would be in good stead to help develop the country. Indeed the skills and expertise they have accrued during their stay in foreign developed lands would be essential for the country`s advancement. Be that as it may, Zimbabwe`s readiness to assimilate the many who left the country is a matter of debate. However unpalatable it may be to some, it is my view that the country is not at present equipped to integrate returning citizens.
When people could not find gainful employment in their homeland regardless of their qualifications and training there was no inducement for their continued stay in Zimbabwe. After all, the country`s motto is ‘Unity, Freedom, Work’ but the government had dismally failed to provide meaningful employment for its people. With no means to earn a living in the face of a sky-rocketing cost of living, most resorted to going abroad to earn a living.Advertisement

Years later, though the economic environment has changed somewhat, jobs are still scarce. The government pegs the unemployment rate at around 60% though that figure must be taken with a block of salt if one is to look at reality on the ground. If the Zimbabwe Diaspora were to return, it is not immediately foreseeable how they would all be seamlessly integrated into the productive workforce. All this seems to indicate that there is no room for the Diaspora community, at least from an employment perspective.
It is heart-rending to note that as a country, basic amenities are still not being covered sufficiently with Zimbabweans still being subjected to the vagaries of erratic utility supplies. At a time when the country needs its industry to be functional, it is hard to see how this can be achieved under the present circumstances. Electricity supply cuts and water shortages are the order of the day and this heavily prejudices the economy with the cost of doing business sharply increased as a result. Even when we are calling for Zimbabweans to come back home and be entrepreneurial, the current situation is untenable and, at best, does not encourage local enterprise to flourish.
Closely tied to the current inert industrial base is the issue of budgetary deficits the country has been running. For a long time, Zimbabwe has been importing more goods than it has been exporting. Remittances by the nationals living abroad have for long been sustaining the budgetary deficit incurred as a result of the country importing more than it has been exporting.
The World Bank notes that in most developing countries, remittances are the second largest financial inflow, far exceeding international aid. If Zimbabwe were to not obtain these financial inflows of money which have been augmenting national income, the effects on the country`s Balance of Payments would be dire. So to the extent that the country`s financial system is reliant on Diaspora remittances, it would be a huge disservice to the nation if the Zimbabweans abroad would come back home.
Again it would be a fallacy to deny that the en masse migration of Zimbabweans abroad has negatively impacted families, society and ultimately the whole country. In an ideal world, it would have been preferable to have all our citizens’ hands on deck; working to build the country. However, the current state of affairs, in my opinion, does little to lure back those who left the country at the peak of its economic meltdown. At present therefore, it would be a ‘hard sell’ to convince the Zimbabwe Diaspora community to settle back home.