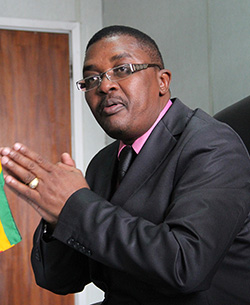 The government needs to stop seeing the diaspora merely as a cash cow and start investing in a real relationship.

I’VE just read a news article which reported Small and Medium Enterprises Minister, Sithembiso Nyoni, as having said that the government has dispatched a delegation to Nepal to study how ‘to organise remittances inflow to improve the country’s GDP’.
This isn’t the first policy-learning trip the government has embarked on, having visited other countries in the past including India, which has a large diaspora, notably in the United Kingdom. Several delegations have also been sent out to countries with large concentrations of Zimbabwean immigrants in what are usually very marginal, obscure tick-box diaspora ‘consultation exercises’.
The fact is, this government can go to Nepal and back, and still not grasp how to optimally leverage the diaspora’s financial – and skills – potential. Many of us recently watched a viral video clip by Zimbabwean marketing guru, Gary Thompson, giving what I would say is the most eloquent, most precise breakdown of what needs to happen for Zimbabwe to rebuild its relationship with the diaspora and maximise economic benefits from it.
The key word here, and in Gary’s submission, is RELATIONSHIP. During the inclusive government, when the first draft diaspora engagement policy was put together, the UNDP also published a study in which it recommended the implementation of ‘confidence-building measures’ between the government and the diaspora as a step towards developing this relationship.
The toolkit of recommendations carried the obvious prescriptions of dual citizenship and the right to vote, among other measures. The former, thanks to the indefatigable efforts of campaigners and the MDC formations in the inclusive government, has now become a constitutional reality.
However, the Zanu-PF government appears to condone the Registrar-General, Tobaiwa Mudede’s ongoing unconstitutional efforts to stifle the enjoyment of dual citizenship. It raises the question: is Mudede on a frolic of his own, or is this symptomatic of the attitude and absence of political will at the top of this government?
So, rather than send delegation after delegation of per diem-chewing government officials to one fact-finding or outreach mission after another, the government needs first to acknowledge its relationship with the diaspora, not through abstract policy-speak, but in practical actions that convey the spirit of oneness, recognising the inalienable citizenship of Zimbabweans currently living abroad.Advertisement

But with a President who routinely denigrates the diaspora, there is no prize for guessing that this government, at least under Robert Mugabe, will never get it. Mugabe’s brittle ego is acutely sensitive to the accusation of having caused millions of his compatriots – including his own Zanu-PF supporters – to vote with their feet and flee from life under his disastrous rule.
He is incapable of the solution that is required to create the kind of relationship that is necessary for Zimbabwe to benefit from its diaspora, as other nations with significant transnational communities currently do. That is why he speaks only in crude epithets and denigrations with respect to the diaspora, even as his government’s national budgets sheepishly acknowledge the diaspora’s contribution to the national economy by the billions!
I’m encouraged by the likes of Tourism Minister Dr Walter Mzembi, and Zanu PF’s UK chairman Nick Mangwana who get it: a relationship with the diaspora is the sine qua non for leveraging financial benefit from it. It is necessary for establishment figures such as these to champion a rethink in their camp.
The government of the day – from whichever party it may come – needs to appreciate the pre-requisites for building a strong and economically and culturally beneficial relationship with the diaspora. It is one that must be forged in the lifetime of the first generation of diasporans when the filial links with the homeland are stronger than they would be in subsequent generations.
A strategy that sees the diaspora only as cash is futile and no different from the crudely animalistic instinct of the Madagascar cartoon movie character, Alex the Lion. In his extreme hunger, he began to see his herbivorous friends Marty the Zebra, Gloria the hippo and Melman the giraffe, as pieces of juicy, mouth-watering steak!
Chofamba Sithole is former Assistant Editor of the London-based Pan-African Newsafrica Magazine and an ardent advocate of diaspora-home engagement. Email: chofamba@gmail.com.