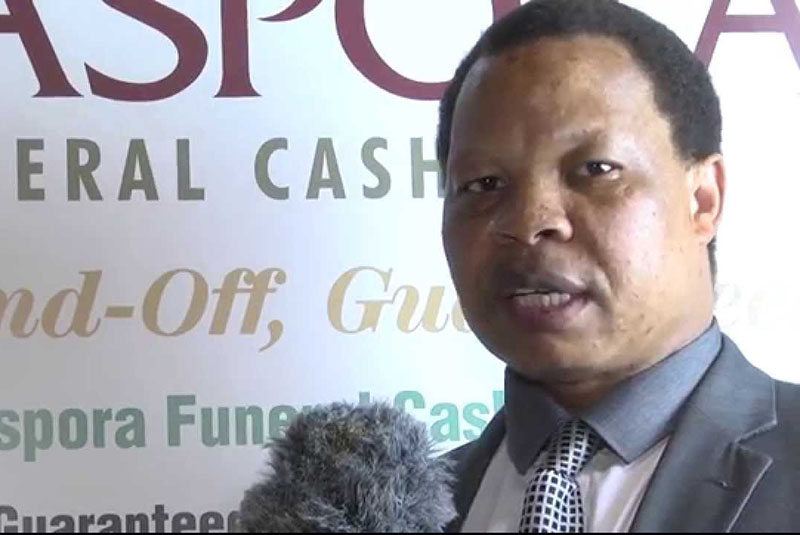 VISUALLY impaired pupils sitting for their final examinations at Capota School Of The Blind  in Masvingo had something to smile about during their last days at the institution when Diaspora Insurance donated foodstuffs worth ZWL$55k towards their upkeep.

Capota, a reformed Church in Zimbabwe run institution which assists visually impaired students across the country, was one of the institutions which benefitted from Diaspora Insurance’s helping hand.

The United Kingdom and South Africa based Diaspora Insurance also assisted other charitable organisations in Bulawayo, Chipinge, Harare, Gweru and Zambia as part of reaching out to the less privileged.

Diaspora Insurance is the provider of the bespoke Diaspora Funeral Cash Plan which covers people in diaspora and their families back home within 13 African countries.

Currently, the school has 49 students who are completing their studies, and were in dire need of food assistance while their writing O’ level exams.

RCZ education secretary Samson Shava, who oversees the upkeep of the school, said the donation came in handy as the institution mainly relies on well-wishers.

He said economic hardships induced by the Covid-19 pandemic were greatly affecting the school as well-wishers were also now finding it hard to extend their helping hand.

“We are more of a charitable organisation. The school mainly depends on donations from well-wishers for it to run.

“Some of our students here don’t even pay school fees. Parents just enrol their children here and leave us to look after their upkeep and as an organisation, we are greatly humbled by the gesture as it came in handy and at the right time for our exam class,” Shava said, adding that surplus items will be kept to feed more students when schools reopen.

An assortment of foodstuffs which included 20 live chickens, cases of sugar, rice and cooking oil along with other goodies was received by students who could not hide their emotions for the kind gesture.

Ernest Dube, the school’s Development Committee chairperson, said the donation had helped the school to now focus on the upkeep of the supporting stuff.

“We have a dedicated supporting staff here which could go for months without receiving salaries.

“This donation will ensure that money that was meant to buy food for students will now be channelled to staff salaries,” he said.