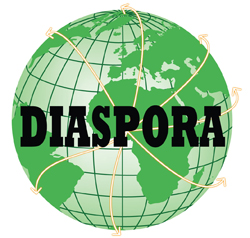 ZIMBABWE received $840 million last year from the Diaspora compared to $790 million in 2013, boosting the country’s income while the central bank has relaxed laws governing foreign currency dealers.
In his monetary policy statement on Wednesday, central bank governor John Mangudya announced new foreign exchange regulations aimed at boosting Diaspora revenue would come into effect from April 1, 2015.
“Under the new framework, registered local money transfer operators and bureaux de change shall be designated as Limited Authorised Dealers and shall now be allowed to conduct both inward and outward money transfers,” he said.
So far the country’s regulations limited transfer agents to receiving cash only.
The new framework for international person-to-person remittances shall be administered through a three-tier system which stipulates how local money transfer operators (MTOs), international money transfer organisations and bureaux de change would facilitate the remittances both locally and abroad.
Mangudya said RBZ would monitor their activities to reduce money laundering and terrorist financing.
“All licensed dealers shall be required to participate and contribute to the establishment of the integrated and centralized payment gateway system,” he said, adding that the bank would give details on the framework by 28 February 2015.
Companies involved in money transfer in the country include Western Union, Moneygram, Zimpost’s Nettcash, Econet and WorldRemit, Telecel, Mukuru, OK Zimbabwe.
In another development, the RBZ has mobilized $50 million for its subsidiary, Fidelity Printers and Refineries to accelerate gold production in the country, as well as a separate $18 million facility for Hwange Colliery to enhance its coal production capacity.
The facility will finance Fidelity’s own mining projects and also support viable gold projects.
“Fidelity Printers and Refiners shall enter into an agreement with ZMDC for the establishment of a special purpose vehicle to exploit gold under Fidelity’s ZimGold.”
“The vehicle (ZimGold) will focus on harnessing low hanging gold resources with particular emphasis on alluvial and prolific reef deposits supported by bulk open pit mining and on old underperforming assets as a preferred mining method to enhance gold deliveries,” said Mangudya.Advertisement

Under the Accelerated Gold Production Initiative the central bank targets to increase gold production to 30 tons per year by 2020.
The central bank said the $18 million facility to Hwange Colliery would be used for the purchase of equipment needed to increase coal production.
“This is necessary to enable Hwange Colliery to be able to supply the requisite coal needed for the generation of electricity by the Zimbabwe Power Company (ZPC) mainly at Hwange Thermal Power Station. Some of the coal would be for export.”