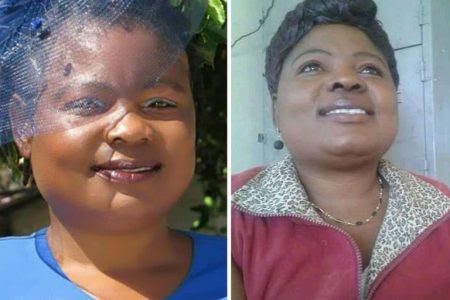 ZIMBABWEANS living abroad are concerned about the rising number of victims of forced disappearance linked to politics in the country.

The Diasporans, working under different banners such as Vigil, have vowed to put renewed pressure on regional, continental and international bodies to bring President Emmerson Mnangagwa to account for every missing person, and bring perpetrators to justice.

The focus is currently on the case of slain Citizens’ Coalition for Change (CCC) activist Moreblessing Ali whose decomposing and mutilated body was found in Nyatsime, Mashonaland East days after she went missing.

A Diasporan community representative, Patson Muzuwa, said suspected Zanu PF elements accused of killing and maiming opposition supporters have heightened threats on Ali’s family and fears are that the suspected killer might not be prosecuted and jailed.

“Moreblessing’s family might not see justice in Zimbabwe. We have seen the ruthless regime eliminating key figures in the Nyatsime area who have been vocal and claiming to be close allies of her. They have since been having sudden and unexplained deaths,” said Muzuwa.

“We thank the people in the diaspora who are keeping the momentum by filing petitions, staging demonstrations and maintaining a heavy presence on social media counter-attacking Zanu-pf myths and theories.”

The grouping of Zimbabweans in the diaspora has vowed to push for justice by repeatedly, taking petitions to 10 Downing Street, the United Nations (UN) and African Union (AU) offices.

“It is sad that elections are at the corner and we are seeing the repeat of 2018 violence and intensification of the arrest of opposition activists, who are already victims of arson and beatings and the perpetrators, mostly known Zanu PF thugs, walk freely,” said Muzuwa.

The justice system is captured by the ruling party and perpetrators might not face the music, he added.

“We will never see closure on the case of Moreblessing just like the cases of Tonderai Ndira, Nambanyama, Itai Dzamara, Edison Mukwasi and others. We will keep alerting the international community on the human rights violations in Zimbabwe, hoping one day action will be taken and justice served,” said Muzuwa.