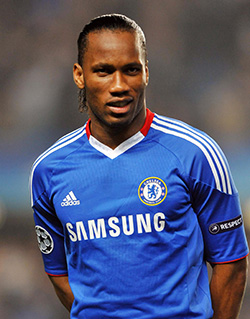 Former Chelsea striker Didier Drogba has signed for Major League Soccer side Montreal Impact.
The 37-year-old left Stamford Bridge this summer after playing 381 games and winning four Premier League titles across two spells with the London club.
Drogba is the Ivory Coast’s all-time top scorer, with 65 goals in 105 international appearances.
Montreal president Joey Saputo said the signing made it “one of the biggest days in club history”.
He added: “It’s an honour to welcome Didier Drogba to the Impact.
“From the first conversation I had with him, I felt that he really wanted to play in Montreal.
“His arrival will be beneficial in every aspect.”
Drogba will be a designated player at the Canadian side, which means his wages will not be restricted by the MLS salary cap.
Impact, MLS members since 2012, finished bottom of the table last season.
Drogba follows former Chelsea team-mate Frank Lampard in moving to the North American league, with the 37-year-old having joined New York City.Advertisement