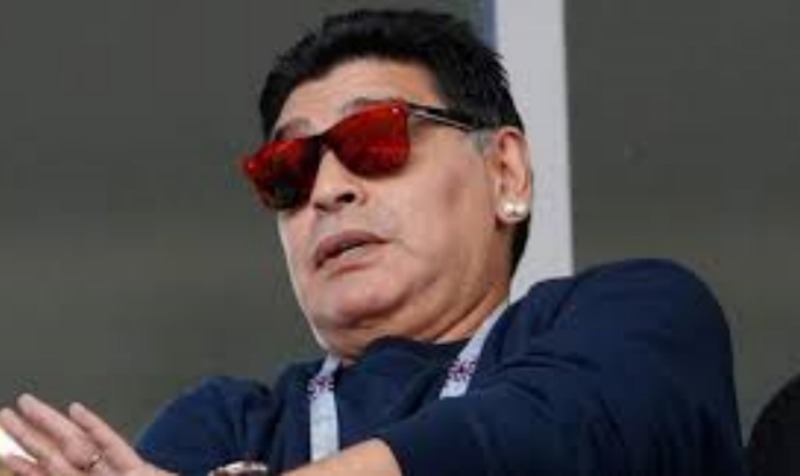 DIEGO MARADONA is at the centre of a World Cup racism storm after reports of a gesture he seemed to make towards South Korea fans.

“Some South Korea fans just shouted “Diego” and he obliged with a smile, kiss and wave.

“Then pulled his eyes to the side in a clearly racist gesture. All of us who saw it are stunned.”

Fellow sports presenter Seema Jaswal backed Oatley’s claims – made from inside the Otkrytiye Arena where Iceland were holding Argentina to a 1-1 draw.

She said: “I’m sat right next to Jacqui and saw Maradona’s gesture.

“He should know better. The lads filming him were so excited to get a picture of him and that was his response. Very disappointing.”

Maradona and the World Cup itself face embarrassment over the claims – as he is one of the biggest names in the history of the world’s greatest tournament.

He skippered Argentina to the crown in 1986 – after his infamous “Hand of God” goal in the 2-1 quarter-final win over England.

And Maradona, 57, was arguably the beaming star of the World Cup draw for Fifa last year.

His kiss on the head of wheelchair-using Pele was regarded by many as the most touching event of the occasion and a symbol of respect.

Now, though, he has sparked controversy.

But if Argentina themselves are embarrassed by such attention on their finest ever player, they will be also be red-faced by their stumbling stalemate with Iceland in their group opener today.

Maradona watched from the stands in gold-tinted glasses as current captain Lionel Messi had a second-half penalty saved that would have sunk the well-organised World Cup debutants.

Sergio Aguero’s first ever goal in the tournament on 19 minutes had been quickly cancelled out by Alfred Finnbogason.