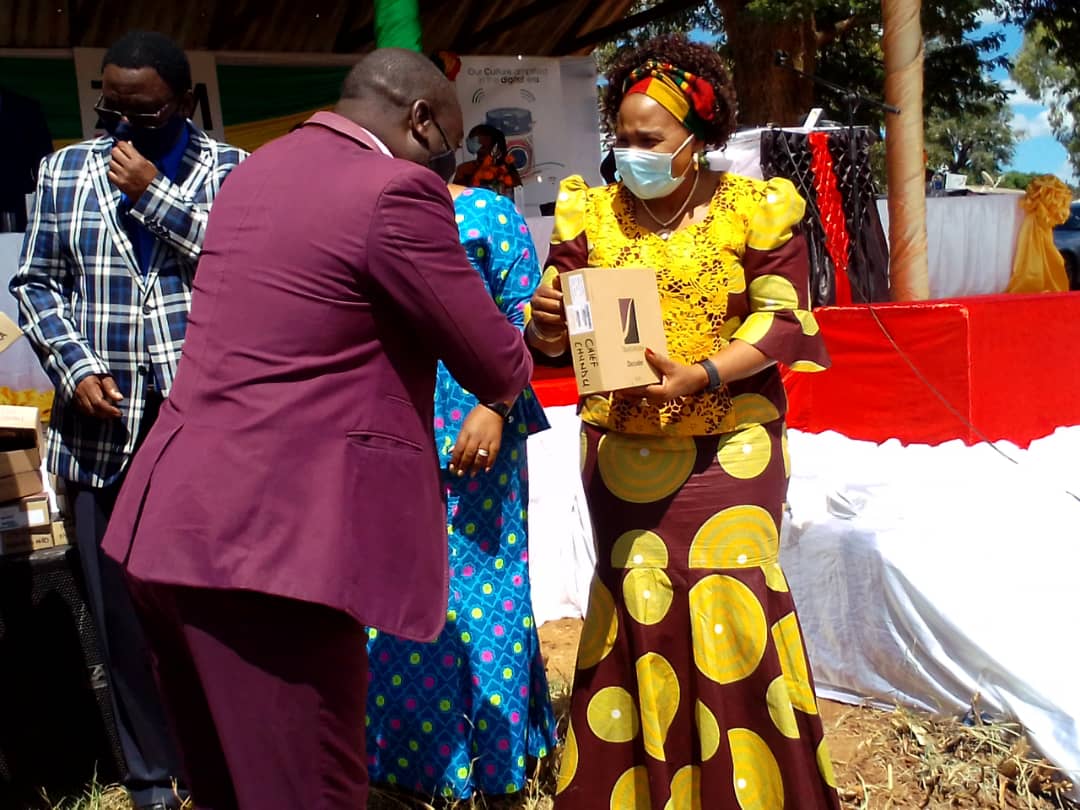 INFORMATION, Media and Broadcasting Services minister Monica Mutsvangwa says the transformation of the media landscape from analogue to digital terrestrial television broadcasting will improve signal reach and quality as well as promote media pluralism in the country.

She said the digital switch-over was long overdue but would go a long way in opening up the airwaves through establishment of 12 new television channels and promoting government’s developmental programmes for the attainment of Vision 2030.

“Through the Zimbabwe digital broadcasting migration project that we are launching today, our citizens will enjoy access to 12 free-to-air digital television services in Zimbabwe.

“The Second Republic is delivering this project on the backdrop of the Covid-19 pandemic, where TV and radio have been central in providing public health and safety information and running basic primary education lessons for our learners,” said Mutsvangwa while officiating at the launch event at Magunje centre this Thursday.

Of the 12 TV channels, six will be reserved for the state broadcaster Zimbabwe Broadcasting Corporation (ZBC) while private players will run the remaining six.

The digitalisation project cost US$125 million and is being spearheaded by national signal carrier Transmedia Corporation, ZBC and the media industry regulator Broadcasting Authority of Zimbabwe (BAZ).

Added Mutsvangwa, “The digital switch-over we are witnessing today is occurring at the same time with other developments within the region. We are moving along with other African countries such as Nigeria and South Africa, which have announced their digital switch over dates.”

The minister reiterated migration to digital broadcasting dovetails with other developmental initiatives set by government such as devolution, Education 5.0 and a digital-driven economy.

Mutsvangwa said Chimanimani which bore the brunt of Cyclone Idai would soon get a transmitter.

“Of note, we will be launching in Chimanimani, a deliberate move by the Second Republic to stimulate connectivity of that region to the mainstream economy following a series of floods including Cyclone Idai that had cut off the area from the rest of the country.”

Since 2015, Transmedia set up 18 transmitters out of a target of 48. Others would soon be installed at historically unserved or under-served areas like Binga and Kamativi, among others.

Magunje legislator, Cecil Kashiri welcomed the new development saying traditionally marginalised communities such as Kazangarare, Batanai and Magororo would now be able to receive television and radio signals and bridge the information gap between rural and urban folk.

Chief Chundu, born Abel Mbasera also hailed the launch of the Karoi digital transmitter set to enable his subjects get timely information and disaster alerts and avoid them from being bombarded with foreign content.