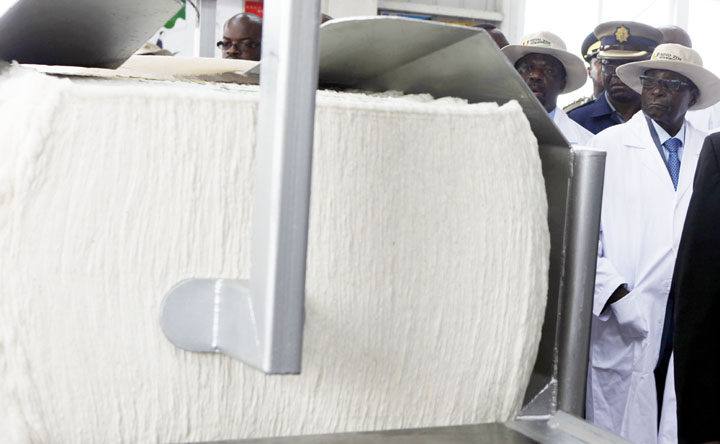 STRUGGLING Bulawayo textile company, Merlin’s revival remains precarious after it was denied funding from a government facility for distressed firms.
In addition, Chinese-owned Sino Zimbabwe also turned down a $14 million bailout request, the judicial manager has said.
Cecil Madondo of Tudor House Consultants was last year tasked by Merlin creditors to scout for potential investors to inject capital in the company and met executives from Sino Zimbabwe to discuss a potential rescue package.
However in his latest report about the state of the company seen by The Source, Madondo indicated that Sino Zimbabwe and other institutions had turned down funding requests.
“The courted potential investors include both local such as Sino Zimbabwe and Distressed Industries and Marginalised Fund (Dimaf) and foreign. None of these efforts bore fruit,” said Madondo, adding that Merlin remains technically insolvent.
Dimaf was set up in 2011 as a revolving facility to provide financial assistance to struggling companies outside Harare, especially those in Bulawayo.
Madondo noted that total company assets amounted to $3,78 million against liabilities of $4,43 million.
The figure for liabilities does not include accruals of salaries and rentals. Most of the machinery at the company was no longer working, the report said.
Merlin survived liquidation over a decade ago and was placed under judicial management for a third time in December 2011. It suspended production in October 2010 to minimise losses when capacity utilisation fell to a lowly 20 percent.
At full capacity, the plant at Merlin had potential to process 120 tonnes of lint per month.Advertisement