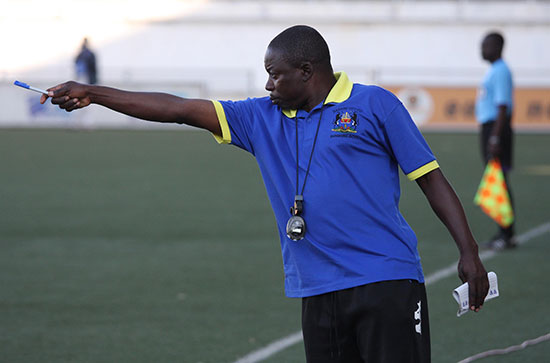 HARARE City coach Masimba Dinyero has lauded his side’s high work rate in Saturday’s 2-1 win over Chiredzi United in the Chibuku Super Cup quarterfinals.
City came from behind when Osborne Mukuradare cancelled Chiredzi United’s lead through Sam Msimbu, before an early second half strike by Martin Vengesai earned a semi-final spot for Dinyero’s charges.
But having survived an early scare, Dinyero felt his side lightly approached the game against the league’s whipping boys but showed character by dumping the halfhearted show.
“We were playing dangerously when we took lightly our opponents in the early stages of the game. But I am happy the boys understood that they were wrongly approaching the game,” he said.
“We had spent the week talking about it that Chiredzi might be struggling in the league but cannot be taken lightly. The guys then realised that they were risking their afternoon.
“They emerged stronger after we conceded and put in a lot of work. They showed character and listened to instructions and at the end of the day we won.”
With the win Dinyero maintained a fine run at City where he has lost just once since taking over from sacked Bigboy Mawiwi late July.
If City reach the Chibuku Super Cup final, it would be their first appearance in a final of a Cup game in their third top-flight league season.