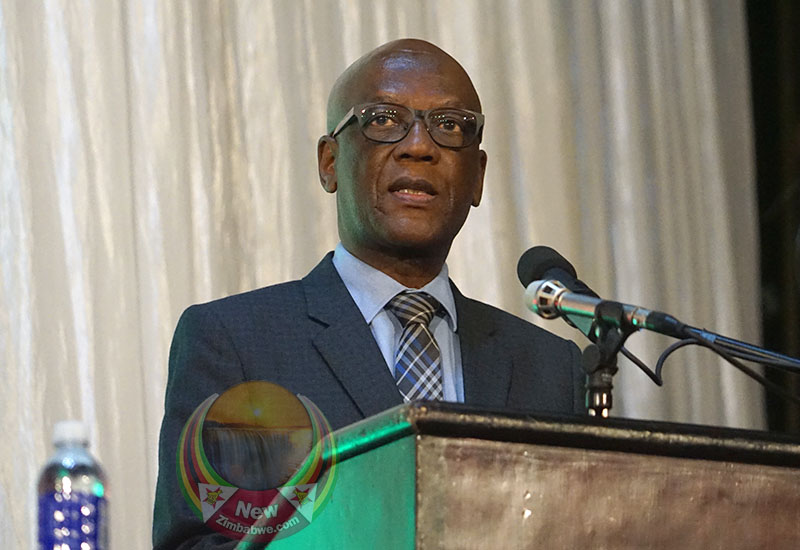 Addressing political leaders and other dignitaries at the launch of the Political Actor’s Dialogue (POLAD) in Harare, the Dean of the Diplomatic Corps Mphakama Mbete also offered to secure a foreign facilitator to help Zimbabweans find each other.

“At this point we would like to appeal to the political formations, to the political leaders who are not a part of this dialogue to join the national dialogue,” said Mbete, who is also South African ambassador to Zimbabwe.

Chamisa has refused to join the talks, insisting the current national impasse stems from an election dispute he has with Mnangagwa.

He recently described current talks between Mnangagwa and leaders of fringe parties that form the forum as “child’s play”.

The firebrand opposition leader has, instead, demanded a face-to-face meeting with the Zanu PF leader.

Chamisa has set among conditions for his participation, talk on Mnangagwa’s legitimacy as national leader as well as a facilitator to a process aimed at bringing together a divided nation.

In his address, Mbete offered to help provide a foreign facilitator for the dialogue if President Mnangagwa and other leaders wished for one.

“If necessary for credibility, the leadership of Zimbabwe wishes to consider a facilitator from outside Zimbabwe, we as a region will be ready to propose names from the African Continent.

“The national dialogue must be inclusive and participatory and take into account the views of all Zimbabweans.

“The success of a national dialogue will have far reaching implications for the SADC region and beyond.”

Speaking at the same event, Lucia Matibenga, who heads one of the MDC breakaway factions, urged her former MDC ally to put politics aside and focus on the interests of the nation.

“This dialogue process has absolutely nothing to do with the elections,” she said.

“The elections came and went. The winners were declared. This dialogue is now about another process where we need to be talking about development,” she said.

The former Public Service Minister said those who have chosen to stay out of the process were unpatriotic.

NCA leader Lovemore Madhuku said talks should not be the preserve of parties that have parliamentary representation, adding that “dialogue must happen outside parliament” whose functions are to make laws.

Thokozani Khupe, who now leads MDC-T, another party breakaway group, said while giving her vote of thanks that Zimbabwe is bigger than a single political party and an individual.

“Thank you Your Excellency for coming up with this dialogue. Zimbabwe is bigger than an individual and it is also bigger than a political party,” she said.