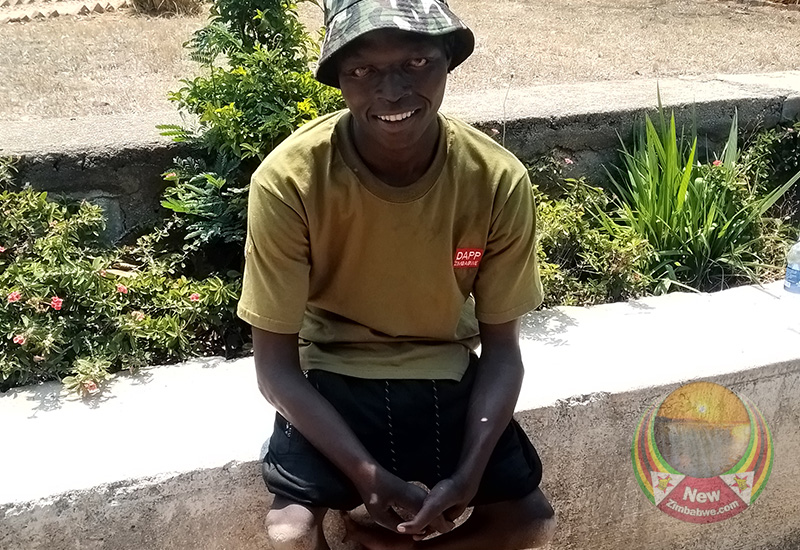 THE name Stevie Wonder is associated with greatness in the global entertainment industry.

He is celebrated as one of the most creative musical figures of the 20th Century.

Wonder epitomises the age-old adage, disability does not mean inability.

Born prematurely with Retinopathy of Prematurity (ROP), an eye disorder caused by abnormal blood vessels throughout the retina, he was blinded from birth.

However, he did not let his visual impairement derail his progress as he went on to be one of the most successful entertainers of all time.

Taking a leaf from Wonder’s book is Benson Nyanhi, a 21-year-old from Chireka community in Bindura, Mashonaland Central province who is aiming to defy the odds.

The condition shortened his bones and caused the limbs and appendages to be significantly compressed.

His fingers are either fused together or missing completely.

The National Organization for Rare Disorders (NORD) states an “irregular number of chromosomes” may cause the rare condition.

With an uneven number of chromosomes, defects are formed in the body, and this is linked to shortened or missing limbs.

Phocomelia is often related to issues during early pregnancy specifically within the first 24 to 36 days of life when the foetus begins to develop limbs.

If this process is disrupted, the cells cannot divide and grow normally.

This prevents proper growth of the limbs, resulting in Phocomelia.

This condition adversely impacted Nyanhi’s pursuit for a decent education and his family’s poor background did not help matters.

However, Nyanhi believes himself to be a natural technician did not let his disorder deter him as he self-taught himself to repair various electrical gadgets like cell phones, laptops among others.

“I believe this a natural God-given talent that I have. I hope this gift will help me put food on the table for myself and my family because I come from a poor background,” Nyanhi said.

Further compounding his woes are traditional beliefs held by family members about the causes of impairment, as well as negative attitudes towards his capabilities as one living with a disability.

Interestingly, Nyanhi says what is affected are his limbs and not his mind which is why he is the go-to person for people who want their electronic gadgets fixed in his community.

As fate would have it, Nyanhi was selected to be one of the beneficiaries of a program bankrolled by the Belgian government in conjunction with the European Union meant to help disadvantaged young people and those living with disabilities in Bindura and Shamva districts.

“The program which targets youth from underprivileged backgrounds and those with various disabilities endeavours to equip participants with practical and technical skills through the provision of a variety of courses that include, motor vehicle maintenance, beauty therapy, electronics, and gadgets repair and maintenance, Electrical Engineering, Auto Electrics, Metal Fabrication, Carpentry and Joinery, and Smart Agriculture among others,” coordinator of the TVET program Edwick Mafama said.

Nyanhi could not believe his luck as he finally got an opportunity to study gadgets repair from experienced personnel.

“When I got to Ponesai Vanhu, I learnt a lot and the knowledge I acquired has strengthened my capabilities and I am not going to look back.

“The search for attachment mid-way through my studies showed me that many companies are still reluctant to employ people living with disabilities which is why I want to start my own enterprise and employ people,” a determined Nyanhi said.

However, Nyanhi is financially incapacitated and seeking assistance with setting up his own enterprise which would help launch his professional career.

DAPP program supervisor, Struggle Muzawazi said: “While the country’s disability policy seeks to address the marginalization and discrimination of persons with disabilities, empower them to improve their own quality of life and enable them to contribute towards the national development agenda, the situation on the ground shows that a lot still needs to be done to effectively incorporate them.”