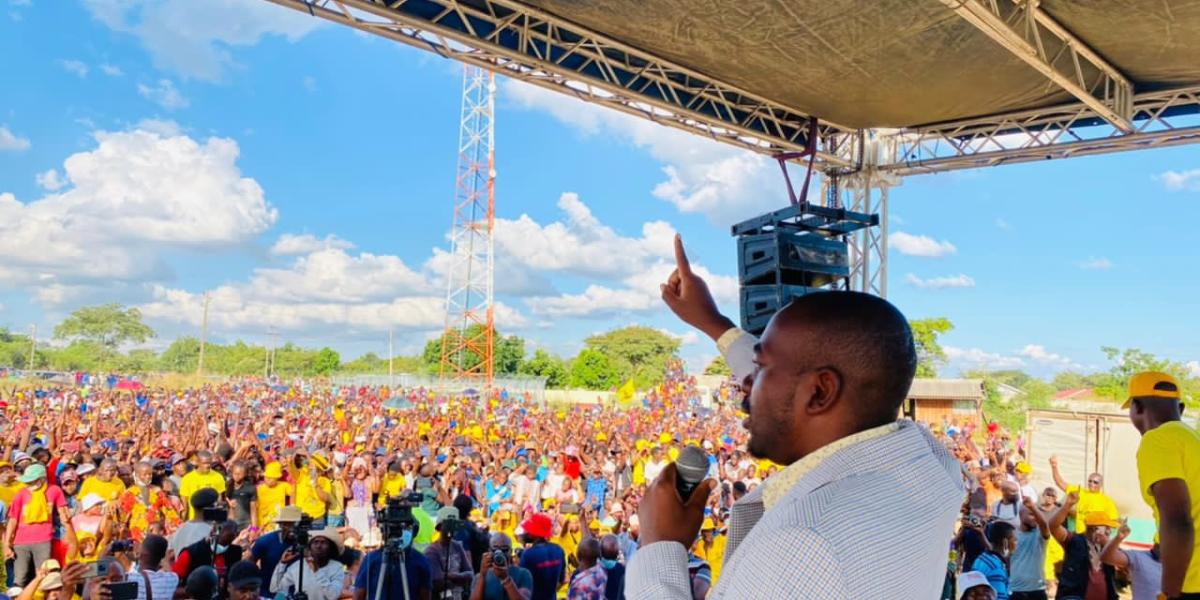 CITIZENS Coalition for Change (CCC) president, Nelson Chamisa, has blasted the Zimbabwe Electoral Commission (ZEC) for refusing to avail a copy of the voters roll to be used in Saturday’s by-elections, saying the commission does not have the capacity to run a fair election and should be disbanded if it continues to favour the ruling party Zanu PF.

The country is bracing legislative and municipal by-elections set for Saturday.

ZEC has been under immense pressure from opposition parties and the civil society following the discovery of anomalies on the voters roll, which raised fears the electoral management body was plotting to rig the poll in favour of Zanu PF.

Addressing thousands of CCC supporters in Epworth, Harare Thursday, Chamisa said by refusing with the voters roll, ZEC showed it was biased against his party.

“The elections are here, we have seen what ZEC is doing, it has proved that they are not ready to run a general election,” Chamisa said.

“Zanu PF is an outgoing party but it has managed to stay in power with the assistance of ZEC. We are watching ZEC closely, the by-election will be a test to see if they are willing to be objective, but if they rig the elections, we have the right as citizens to demand that ZEC must be disbanded.”

He added: “Players have a right to say this referee cannot continue refereeing. If ZEC chairperson, Justice Priscilla Chigumba continues to favour Zanu PF, we have the right to fire her from that position.”